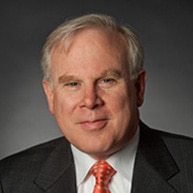 John Rogers serves as Executive Vice President, the firm’s Chief of Staff and Secretary to the Board of Directors and Management Committee. He oversees Executive Administration and is responsible for the firm’s corporate affairs functions, including public, investor and government relations, as well as corporate engagement. Mr. Rogers is a member of the Management Committee, Firmwide Client and Business Standards Committee and Firmwide Reputational Risk Committee. He is also Chairman of the Goldman Sachs Foundation. Mr. Rogers joined Goldman Sachs in 1994. He was named Managing Director in 1997 and Partner in 2000.