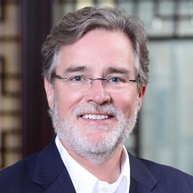 Todd Leland is President of Goldman Sachs International. He is a member of the Firmwide Management Committee, European Management Committee, Firmwide Conduct Committee, Firmwide Reputational Risk Committee and Global Inclusion and Diversity Committee. Mr. Leland joined Goldman Sachs in New York in 1992 in IBD's Financial Institutions Group (FIG). He relocated to Chicago in 1996 and became co-head of FIG Americas Banks and Specialty Finance from 2005 to 2007 and co-head of IBD's Midwest Region from 2006 to 2007. Mr. Leland relocated to London in 2007, where he served as co-head of FIG EMEA from 2007 to 2012 and global co-head of FIG from 2012 to 2017, and as a member of the IBD Executive and Operating committees. He relocated to Hong Kong in 2017 upon being named co-president of APEJ, and was subsequently named head of IBD APEJ later that year, roles he held until 2022. Mr. Leland also served as Co-Chair of the Asia Pacific Management Committee, Asia Pacific inclusion and Diversity Committee, Asia Pacific Sustainability Committee and as a member of the IBD Executive Committee. He was named Managing Director in 2000 and Partner in 2006.