Celina is an intern in the Services division of Goldman Sachs’ Tokyo office. Born in Japan and raised in San Jose, California, she is currently studying Economics at the University of California, Berkeley. 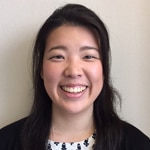 STARTING WORK ON MY SUMMER PROJECT


During the first week of the internship, we were each assigned a project to work on for the next 10 weeks. I was assigned to work on the Business Continuity Plan (BCP) for the Asia Pacific Document Management Group (DMG). Among its many responsibilities, DMG handles records management, an essential function. If there’s a disaster, a typhoon being a common example in Asia, the BCP details actions that the company needs to take so that the business can operate with all records fully secure.

As I began work on my project, I was emailing my colleagues with project inquiries. While initially worried that people would be too busy to reply, I was surprised by how quickly everyone responded. Even if they weren’t able to answer my questions, they forwarded my email to someone who might be able to help.

I often think back to orientation when the speakers emphasized that we should ask a lot of questions. Frankly, I thought it was the type of thing people say at an orientation because they’re supposed to, but I soon found they meant it. Once I realized questions are genuinely encouraged, I was no longer intimidated to reach out and became excited about my project and my internship experience.


Orientation feels like the first day of freshman year in college – the nervous smiles, the awkward hellos and not knowing my way around. I woke up earlier than normal, wore my best suit, ate a hearty breakfast and tried to calm my nerves for my big first day.

Once orientation began, the butterflies went away. I came into the internship intimidated by the idea of networking. But, without even thinking about it, I was networking from day one. Orientation created an environment where it felt natural to have informal conversations with fellow interns which definitely helped me overcome my nerves. I realized that networking is not just about talking to colleagues at work events, but also striking up conversation in the pantry while getting coffee. I’ve found that Goldman Sachs is a place where I can’t help but want to build relationships, and the people I met at orientation are now close friends.

After orientation, I joined the Services team, which enables the day-to-day operation of our offices from security and travel planning to design and construction. I was introduced to my manager in the Event Management group and the rest of the Corporate Services and Real Estate (CSRE) team in Tokyo. Walking into the CSRE office, I was nervous again. Although I am Japanese, I’ve spent most of my life in the US so I felt out of touch with Japanese work culture and unsure of my language skills. I came here wanting a challenge – to immerse myself in a Japanese work environment. I quickly found out that every person in the Tokyo office can speak English as well as Japanese, which was a relief. But it’s been really exciting to develop my Japanese in a professional setting and witness how Japanese business culture is integrated at Goldman Sachs.