A Beacon of Hope for a Better Future 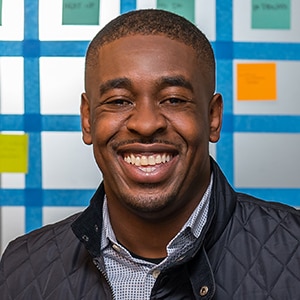 Can you tell us how you became interested in technology and about your career path to Goldman Sachs?

My interest in STEM started at an early age, and I was fortunate enough to have parents who recognized and fostered this interest. I remember being in primary school—back in Zimbabwe—when my mom brought home a computer for my siblings and me. If we wanted to use it, we would need to assemble and set it up. I can remember discovering a development environment and interpreter called QBasic, so I taught myself programming and how to write basic code.

Later, I came to the United States to attend West Chester University in Pennsylvania where I obtained undergraduate and graduate degrees in Computer Science. During college I became interested in Goldman Sachs through a close friend who grew up on the same street as me in Zimbabwe and who was working at the firm.  He opened my eyes to the many engineering opportunities in financial services. I then joined the firm in 2013 in the Salt Lake City office, right after finishing my graduate degree.

Today I lead the Production Runtime Experience team in Salt Lake City, which is part of Enterprise Technology Operations within Core Engineering at Goldman Sachs. Our team enables our business by providing scalable and best-in-class engineering that brings clarity to production complexity and reduces risk to the firm. We provide services like Diagnostics & Auto-Resolution, Topology and Functional Monitoring, Service Management, Machine Learning, BCP Engineering and Self-service user support. 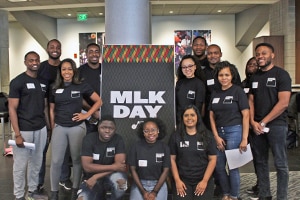 I serve as the Vice Chair on the Martin Luther King Jr. Human Rights Commission in Utah. This is a Governor-appointed role and our mission is to serve the people of Utah and involve all sectors—public and private—in an effort to promote diversity, equity and human rights. The Commission’s role is to act as an ally and advocate for human rights, which has proven to be even more important in the last few years.


How did you first get involved and what are some of your favorite initiatives?

I was nominated for this role by David Lang, the head of our office here in Salt Lake City, and was formally appointed in 2018. Over the last few years, I have had the honor of leading and participating in various initiatives, but some of my favorites include the annual MLK Day Celebration where we work with community partners to promote Dr. King’s principles of non-violence and find innovative ways to engage the community.

As for initiatives, last year we partnered with the Utah Jazz to host a workshop for local students with volunteers from Goldman Sachs leading Code Your Escape challenges to teach basic STEM skills. This year, for a second year running, the Commission will be partnering with GS and the Utah Jazz again on a similar workshop.

Another one which has been a lot of fun is the Utah MLK Jr. license plate – we’re working on a special recognition license plate to honor the life and work of Dr. King, with the theme of Many Voices, One Utah. This included an art contest for 7th – 12th graders from across Utah to create a state decal for the license plate. The Commission also hosts King Conversations which are a civic dialogue series for diverse groups within our community to learn and bridge cultures and beliefs.


What does MLK Day mean to you?

For me, MLK Day is a celebration of Dr. King’s legacy and a reminder of his influence to the American social and political story. Now more than ever, his principles of non-violence and racial equality are a beacon of hope for a better future.


How has Dr. King’s legacy and its meaning evolved to you and the Commission over the past year?

This past year has been extremely challenging, but has also highlighted the importance of Dr. King’s tenets of non-violence in bringing communities together and fostering compassion and understanding.

Over the last year, the Commission has been involved in multiple initiatives including issuing a joint statement with state leadership condemning the death of George Floyd. The Commission also organized two meetings between the Governor and Utah’s Black Community, the first being for the Governor to listen and hear stories of community members who have experienced racism and prejudice in Utah. Following this initial meeting the commission put together a survey for the community to prioritize issues related to Criminal Justice and Education reform. The second meeting saw the Governor presenting back to the community a series of policy initiatives derived from the survey results. Those proposals were unanimously voted by the Commission to be advanced into action that would go before Utah's education boards and the Utah State Legislature as formal bills.

As a continuation of efforts to address issues raised by the community, the Governor launched a new compact committing to anti-racist principles and actions. The compact explicitly acknowledges racism as a system of ideas, beliefs, practices, structures, and policies that give some people greater opportunity than others. The compact is a first step towards working on priorities and laws that create equal opportunity and access. All signatories commit to acknowledge and fight racism, invest time and resources in creating greater opportunity for people of color and to advance solutions to racial ills.


What advice do you have for those who want to get involved in advancing human rights in their communities?

In the current climate, the best way to get engaged is to get educated on issues affecting your community. The topic of human rights is very broad, so start by committing to small actions, like volunteering or leveraging your expertise for the betterment of others. Now more than ever it’s extremely important to build understanding and love in our communities.