Jade’s Journey: From Girls Who Code to Goldman Sachs Analyst 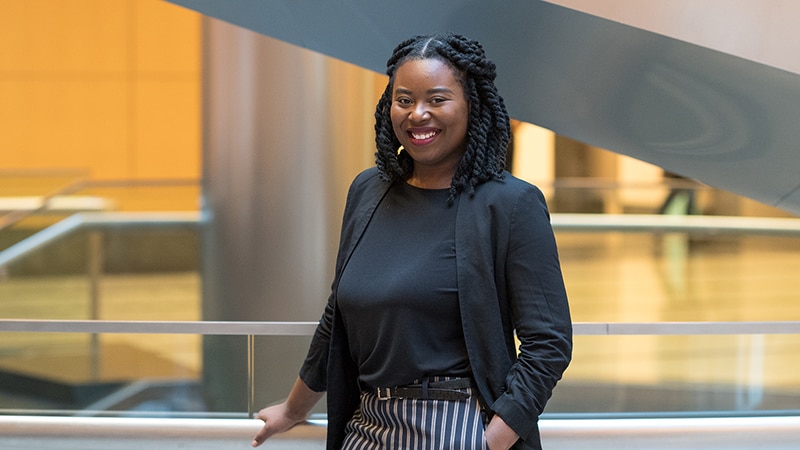 Goldman Sachs Engineering has partnered with Girls Who Code (GWC) since 2012 to introduce girls in high school to opportunities for careers in engineering. For one student who participated in the program, it eventually led to a job at the firm which came full circle as she became a mentor herself.

As a rising senior in high school, Jade was drawn to computer graphics and animation. Although computer science was not offered at her school, interest in the field led to her enrollment in a GWC Summer Immersion Program hosted at Goldman Sachs. “While some programs open doors, Girls Who Code showed me a door I didn’t know existed,” Jade said.

Eventually pursuing engineering in college, Jade later returned to Goldman Sachs as a summer analyst. After graduating college, she joined the firm as a full time analyst in Risk Engineering. Today she continues her relationship with GWC by being a teaching assistant.

“Without the summer program, I likely wouldn’t have been exposed to opportunities in computer science or engineering,” she added.  Jade credits the program with showing her the versatility of engineering and helping her to learn how to advocate for herself— skills she hopes to foster in the next generation of GWC grads.

As a current mentor for a group of students whose shoes she once filled, Jade has taken the time to reflect on everything she has accomplished over the last few years since first participating in the immersion program. “Being a mentor reminds me to never let go of the tenets that got me to where I am today," says Jade. "The students’ eagerness and passion for learning reminds me to always be determined and curious.”