Omar Beer, co-head of Investment Banking Division Compliance (and a former stand-up comic and Peace Corps volunteer), shares advice he wishes he had received earlier in his career. 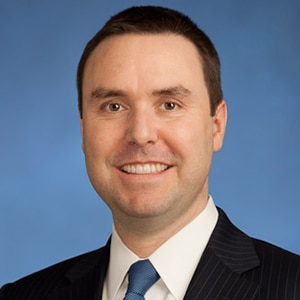 Not really—I just wanted your attention. Actually, as I, Older Omar, remember you, you work hard. Most of the time.

But one thing I can tell you—you know how people say to apply yourself, noses and grindstones, all that stuff? Well, they’re right. Yes, you’re handsome, witty and a great dresser. But there are lots of handsome and witty people (though you’re the best dresser, and you end up being amazing at business casual). And those other people want to succeed, like you do. If you want to achieve anything worthwhile, you’ll have to work hard to keep up with them.

Sorry if I sound harsh. I thought about coddling you in this letter, but then you’d ignore me (remember, I know you very well). And I really need you to focus here, so you can fix the issues I’m still dealing with, decades in your future. If you work this stuff out now it will benefit both of us. Or at least it will benefit me.

One final point before we get to the actual crux of this letter—challenge any advice you get from anyone, including from me. Because many people don’t follow their own suggestions and guidance. Also, why would you listen to me in particular at all? Don’t get me wrong—I’m doing fine. But It’s not like I know any tricks or shortcuts.

Try to understand your emotions. You can’t always control them. Even at work, you’ll at times get frustrated and flummoxed. Try to understand situations that make you uncomfortable, and consider whether it makes sense to approach things differently in the future. And realize that having and expressing feelings just means you’re human.

Work somewhere that allows you to be yourself. The single most surprising, and satisfying, part about working at Goldman Sachs will be that it’s a place where you can pretty much be yourself (not every version of yourself; there were some personalities you tried out in your late teens that should never be spoken of again). Yes, the people are great. Yes, the work is stimulating. But, more importantly, you can tell bad jokes in meetings and sometimes people even laugh; you will build whole friendships with trainers in the gym on your joint observation that you can’t bench-press very much weight; and you’ll learn to curse in Italian from a barista in the 200 West Sky Lobby. The ability to stay who you are when you walk through the door every morning makes a huge difference.

Prepare, prepare, prepare. You’ll screw this up a million times even though you know it is true—if you prepare well for a presentation, speech or meeting, it will go better. Lots of preparation isn’t always possible—sometimes there isn’t time. So I’m not saying, “If you can’t prepare, refuse to speak” or “start crying” or “run away.” I’m just saying that you’ll end up proving to yourself over and over again that if you prepare, it goes better. So prepare. Because it will go better. And don’t believe it when you tell yourself, “You’re great on your feet—just wing it.”

Think. You’re no Søren Kierkegaard (you even had to look up how to spell the name of that renowned philosopher), but your most valuable asset is your brain. There will always be pressure to move fast and deliver, but take as much time as you can to think critically—it’s more important to spend a few minutes on a difficult single problem than it is to clear out your inbox. Before you send an email, or turn in a deck, take a break from it, even just a few minutes, and come back with newer eyes. I’ve found getting up and walking around helps me think of new arguments, supporting evidence, even whole new ways of framing an issue. Oh, also, Younger Omar, you are going to have to master thinking while you're walking without talking to yourself—it will take you a few more years yet to work that out.

Be patient, but don't be too patient. It takes time to learn a job, a firm, a particular subject. It also takes time for the bosses to recognize your skills, abilities and talents. For example, you’ll get feedback in a year-end review to address a particular development area. You’ll think you’ve fixed the problem but it will keep showing up in subsequent reviews. Maybe you didn’t deal with it, or maybe the reviewers didn’t think you went far enough, or maybe they weren’t paying close enough attention. Or probably a combination of all of that. But, there will be instances where you feel like you’ve stopped growing in your role, and if that happens, change your situation. A boss you’ll work for a few years from now, and whom you will admire, said that the best move when you feel stuck in your job is to change your boss, and learn from someone new. That may be the best single piece of advice ever.