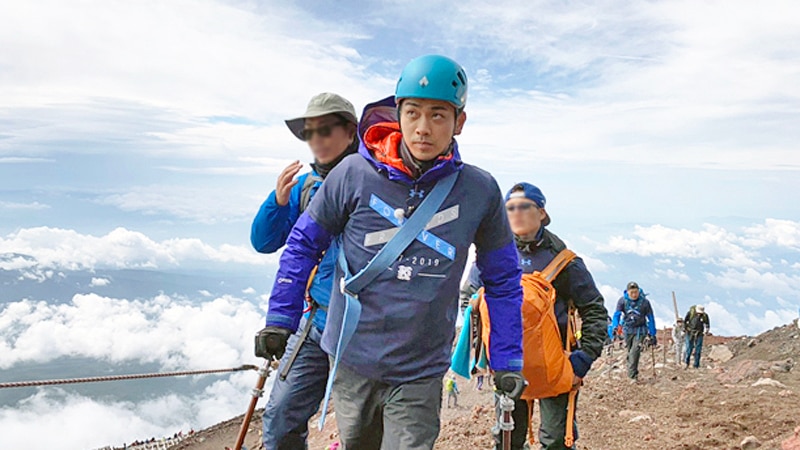 Hideyuki Sugita, an associate in Goldman Sachs Asset Management’s Tokyo office, was told by doctors twelve years ago that he would never walk again after he sustained a severe spinal injury while playing rugby.

Last month, along with 100 of his former teammates, coaches and supporters, he climbed to the summit of Japan’s Mount Fuji, the country’s highest point—fulfilling a pact he made during his rehabilitation years ago.

Hideyuki’s improbable trek to the top of Mount Fuji (3,776 meters; 12,389 ft) began in the summer of 2007, his freshman year at Keio University as a member its rugby club—one of the most storied student teams in Japan. During a training camp match, Hideyuki felt a strange sensation in his neck while in a scrum. After regaining consciousness, he found himself in a hospital bed, unable to feel anything below his chest—the result of a severe spinal injury. Hideyuki spent the next year in the hospital.

“I felt devastated and somehow betrayed. I couldn’t believe that rugby—a sport I loved so much—left me almost completely paralyzed and had nearly killed me,” he recalls now. “Worst of all, I felt that I had let my team down.”

With the support of his teammates and encouragement from friends and family, Hideyuki put everything he had into a grueling rehabilitation routine. He resumed his studies and rejoined Keio’s rugby team as a video analyst, poring over hours of footage to evaluate the tactics of rival teams. While in the hospital, he made a pact with his team that they would one day all climb Mount Fuji together. 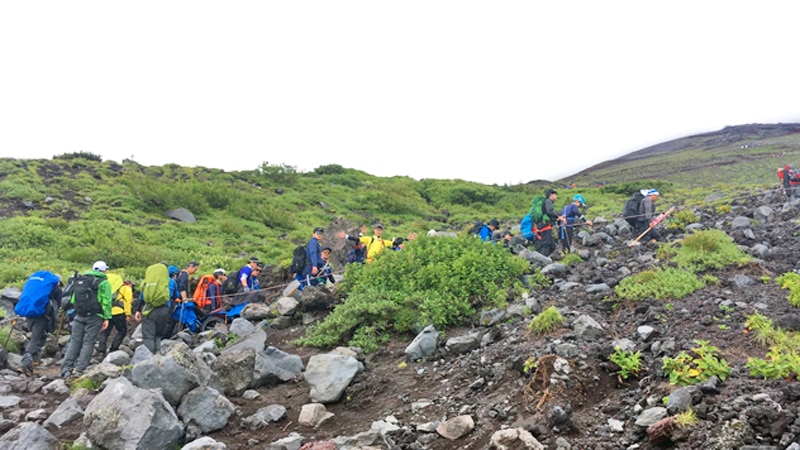 “At the time, I honestly didn’t know if I’d ever be able to make good on the promise—but it was a great source of motivation,” he says.

When Hideyuki joined Goldman Sachs in 2012, he defied the expectations of his doctors by walking with only the aid of a stick.

As members of his old rugby team reached their late twenties, invitations to weddings receptions and parties began to roll in, and Hideyuki found himself meeting with the group on an almost monthly basis. “Each time we met, someone would bring up the Mt. Fuji climb,” laughs Hideyuki.

So in March 2018, Hideyuki made a plan to ascend Mt. Fuji the following summer.  An intensive training program would require hours of gym training each week.

“The feeling of achievement when I reached the top was unforgettable,” says Hideyuki. “And it was all the sweeter because I was able to do this together with so many of my old friends.”

Hideyuki’s story has generated nationwide publicity in Japan, which will host the summer Olympics and Paralympics next year. A special two-hour documentary is scheduled to air on national TV this month as the Rugby World Cup kicks off in Tokyo.

“It has been an immense source of pride to watch Hideyuki develop both professionally and physically," said Shigeki Kiritani, president of Goldman Sachs Asset Management (GSAM) in Japan. “He is living proof of what can be achieved with hard work, perseverance and a commitment to your team.”

Colleagues in GSAM supported Hideyuki’s climb by raising funds to purchase a specially designed wheelchair he used for the mountain’s descent.  With the climb now completed, Hideyuki has donated the chair to ata Alliance, a group that helps disabled people and their families take part in outdoor sports and activities.

Read more about Hideyuki's experience in The Japan Times.