Applicants should be current undergraduate students at an HBCU graduating between December 2019 and May 2021.

Applications have closed for the season. Please check back for details.

Join us for a three-day summit, September 11-13, 2019, of networking, skill building and dialogue as we convene student leaders from Historically Black Colleges and Universities (HBCUs) around the country. At the inaugural Goldman Sachs HBCU Leadership Summit, highlights included:

A celebration of the HBCU experience, including an advanced screening of the Stanley Nelson film “Tell Them We Are Rising: The Story of Black Colleges and Universities” 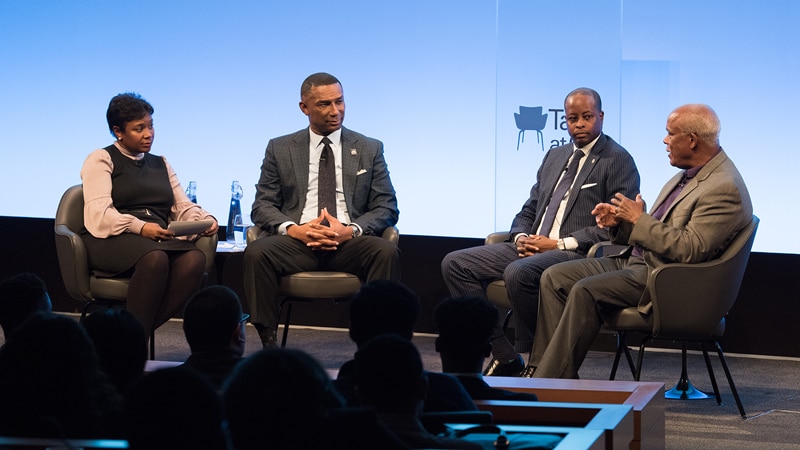 An Opportunity to build relationships with Goldman Sachs professionals, including HBCU alums, and 100+ HBCU student leaders 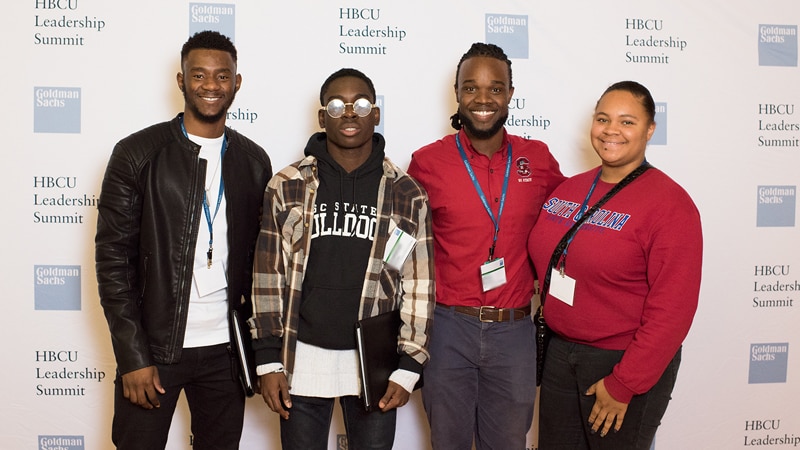 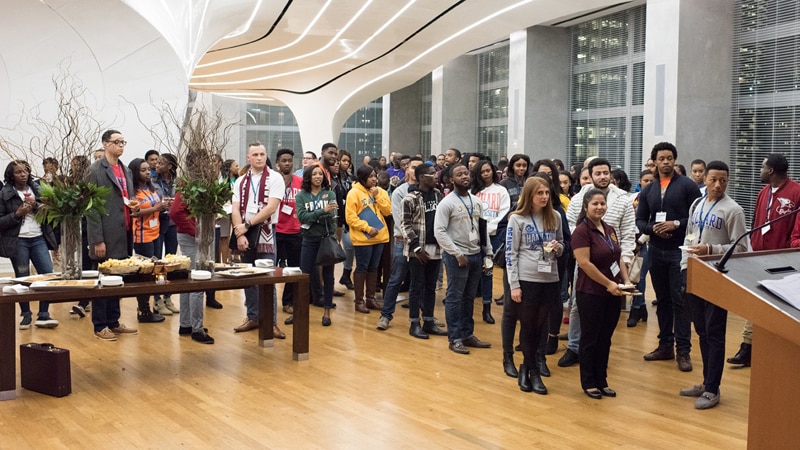 Discussion on how black professionals at the firm are inspiring, leading and succeeding in a diversity of roles across the globe 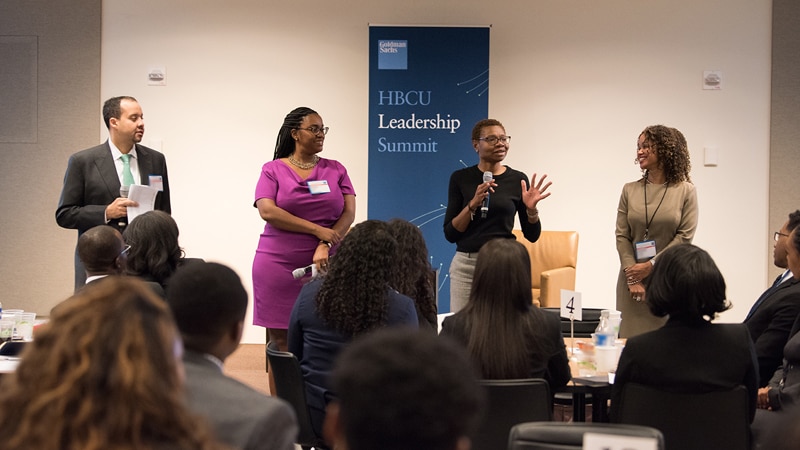 Learn more about where you can apply for this program.

Envisions, builds and deploys industry-leading innovations that drive our business and extend boundaries.

Communicates with the firm’s key constituents, including the media, investors, policy makers, alumni and the wider public.

Manages the firm's liquidity, capital and risk, and provides the overall financial control and reporting function.

Dedicated to protecting the reputation of the firm, managing risk across all business areas.

Responsible for attracting, developing and managing the firm's biggest asset: our people.

Assesses the firm's internal control structure, advises management on developing control solutions and monitors the implementation of these measures.

Aspires to be the leading trusted advisor and financier to our clients.

Performs an essential role in the formulation and implementation of the strategy of Goldman Sachs.

Identifies, monitors, evaluates and manages the firm’s financial and operational risks — including reputational risk — in support of the firm’s strategic plan.

Delivers a sustainable workplace and related services that enable the productivity, safety and resiliency of our people.

Learn More
Apply to this program