Regulators need to be able to identify risk concentrations early and prevent them from growing so large as to threaten the system. If systemic problems arise, regulators need to take prompt action to limit their impact and protect the safety of the system.

To do this, the systemic regulator must be able to see all the risks to which an institution is exposed and require that all exposures be clearly recognised. Consider off-balance sheet vehicles, such as Structured Investment Vehicles, which represented big sources of funding for many institutions. Many risk models ignored these activities, even though their sponsors had exposure to them. If existing and contingent liabilities, credit commitments and other exposures are not transparent, how can risk managers and regulators see all the risks an institution is exposed to?

It is not enough even that all exposures be identified. An institution’s assets must also be valued at their fair market value – the price at which willing buyers and sellers transact – not at the (frequently irrelevant) historic value. Some argue that fair value accounting exacerbated the credit crisis. I see it differently. If institutions had been required to recognise their exposures promptly and value them appropriately, they would have been likely to curtail the worst risks. Instead, positions were not monitored, so changes in value were often ignored until losses grew to a point when solvency became an issue.

At Goldman Sachs, we calculate the fair value of our positions every day, because we would not know how to assess or manage risk if market prices were not reflected on our books. This approach provides an essential early warning system that is critical for risk managers and regulators.

Regulators also need to ensure that prices are tested through an independent verification process. It would make sense to compare pricing information for similar positions across firms. Where wide discrepancies exist, so, often, will problems.

The importance of fair value accounting to responsible systemic risk management is hard to overstate. We also believe regulators should avoid implementing a more comprehensive fair value regime in the midst of a fragile market. But, we support the Financial Accounting Standard Board’s efforts to begin that process.

In extreme circumstances of systemic illiquidity, an institution is not required to use a distressed price – it is only required to use reasonable judgments and estimates to determine an asset’s fair market value. We believe the broader aspiration, however, is a guiding one: markets, and ultimately investors, are better served with information that more closely reflects the judgment of the market rather than the historical price.

More generally, we have to build a culture whereby firms are required to share concerns about systemic risks with regulators. I remember being told by my mentors we do not fire people for losses or mistakes that were honestly made. But if anyone conceals or fails to escalate a problem, they must be held accountable immediately. The same principle should inform regulatory oversight.

Regulators could establish a multi-firm business practices committee to examine issues such as underwriting standards. If practices slip, regulators would be among the first to know. They should ask questions such as: “Where are policies being stretched and pressures building? Where are you seeing concentrations in risk, crowded trades or one-way bets?”

Understandably, there has been much discussion about the concept of “too big to fail”. There is consensus that a clear resolution authority – the mechanism to oversee and execute an orderly liquidation of a failing firm – is necessary. But, when systemic problems surface, regulators need the tools to limit their impact and minimise the need for public capital.

For instance, regulators need the authority of a fast trigger to force any big shortfalls in capital to be swiftly addressed by reducing risk, raising capital or both. The quality, not just quantity, of a bank’s capital matters. Hybrid securities, like preferred equity, combine elements of debt and equity. They are a key part of a capital structure but, in a crisis, can feel more debt-like; they do not absorb losses, and failure to pay dividends may compound a crisis of confidence.

Certainly, raising capital requirements will reduce systemic risk. But we should not overlook liquidity concerns. An institution can have a very low leverage ratio, but that tells you nothing about its liquidity.

If a significant portion of an institution’s assets are impaired and illiquid, and its funding is reliant on short-term borrowing, low leverage will not be much comfort. Problems within financial institutions nearly always become life-threatening as liquidity begins to dry up. That is why systemic regulators should lay out standards that emphasise prudence and the need for longer-term maturities depending on the assets being funded. Institutions should also be required to carry a significant liquidity reserve at all times, insuring against extreme events. Because of the interconnected nature of finance, one institution’s liquidity crisis can swiftly be transmitted around the system. In determining a robust level of liquidity, regulators should insist on recurring stress tests that include government-supplied (ie tougher) assumptions.

The task of a systemic regulator will be superhuman without the transparency and tools to instill market discipline. The trouble with the old system is it is too easy for institutions to deny problems that allow systemic risks to fester and grow. This denial contributed significantly to the distrust that froze the system. 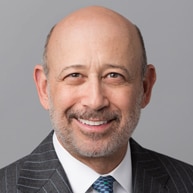