I’ve worked my whole career in an industry dominated by men. As an investment banker for close to 20 years, my presence in board rooms was often an anomaly. Certain aspects of that experience were actually helpful: for one thing, people usually remembered what I had to say. But serving as the by-default  ‘female perspective’ in many meetings has its drawbacks – and not only for women. The global economy is propelled by innovation, creativity and the sharing of diverse perspectives. Effectively shutting out half the population from conversations at the highest levels of business is holding everyone back. 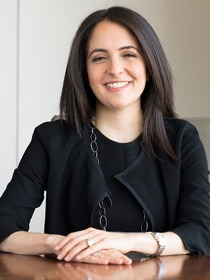 Changing that dynamic is going to take time, and it’s going to take a concerted effort by all organizations to foster environments that allow talent to thrive, regardless of race, ethnicity, gender, disability, sexual orientation or age. At Goldman Sachs we recognize that we still have significant work to do to reach our goal of a fully diverse population, reflective of the world around us.

Diversity is also something that companies can drive through their core commercial activities. One way Goldman Sachs can contribute is by helping companies founded, owned or led by women to grow.

To do that, we are announcing Launch With GS, a new initiative that will invest $500 million of our firm’s and clients’ capital in private, late-stage, women-founded, women-owned or women-led companies. This includes directly funding companies as well as seeding women investment managers who are starting their own funds.

There are some sobering statistics that illustrate that women-led businesses don’t seem to be getting the investment they deserve: only 2 percent of US venture capital in 2017 went to companies with all-women founding teams and just 12 percent to teams with at least one woman. And less than 2 percent of US private equity firms are female-owned.

Whether these dismal numbers are due to poor sourcing, lack of supply or outright bias (or some combination thereof), the end result is clear: picture a founder or CEO in your mind, and it’s probably a man. Investing in women entrepreneurs with great ideas will help, but it’s going to take a lot more than just smartly directed dollars.

That’s why a critical part of Launch With GS will be the network we will create by bringing together investors, entrepreneurs, non-profit organizations and other leaders (men and women) to nurture and grow new businesses. We believe fostering a community will, over time, help increase the pipeline of investment opportunities in women-led businesses.

Launch With GS builds on our firm’s longstanding commitment to women’s economic empowerment, best evidenced by our 10,000 Women program, which since 2008 has trained more than 10,000 women entrepreneurs in developing economies around the world. Launch With GS shares the same motivating thesis as that pioneering charitable initiative – that empowering women makes sound economic sense – and extends it to our core investing businesses.

Our goal with Launch With GS is to generate strong investment returns. The bottom line is this makes sense for our business – because investing and helping companies grow is our business. We also hope it makes a difference for women who have big ideas but find themselves cut out of the funding ecosystem.

We know that tackling the gender investing gap is a challenge that’s far larger than any single company, but we believe that Launch With GS is a step in the right direction.

And to the founders, investors and CEOs behind tomorrow’s great companies, Goldman Sachs has a simple message: we want to hear from you.