Among entrepreneurs, women receive far less venture capital funding than men do. Over the last decade, an average of just 2% of all venture capital investment in the US has gone to firms founded by women, per PitchBook. The share rises to the teens over the same timeframe if we also consider firms with at least one woman founder. This disparity is widely acknowledged but not well-understood, which can make solutions difficult to identify.

To improve our understanding of the underlying drivers and to help identify potential solutions, Launch With GS and the Goldman Sachs Global Markets Institute recently interviewed a number of seasoned venture capital investors in Silicon Valley. We asked these venture capitalists to share their perspectives about the key issues and obstacles women entrepreneurs face today. We spoke with both female and male investors whose portfolio companies reflect varied industry interests and whose investments range in size and stage, from pre-seed to late-stage.

Below, we share three key themes that consistently surfaced during these conversations – involving networks, capital and “concept” – as well as our thoughts on how to make progress from here, highlighting the initiatives Goldman Sachs has underway to move the needle on some of these issues.

First is the network issue. Access to venture funding can be highly dependent on a founder’s personal network. Given the near-endless number of potential investments and the large volume of inbound inquiries they receive, venture investors tend to prioritize evaluating deals that come with “warm” introductions. In practice, this often means a referral from a founder the venture firm already knows or from another trusted party.

Perhaps because they are persistently underrepresented among both investors and entrepreneurs, female entrepreneurs seem to lack the extensive personal networks that many male entrepreneurs have. As a result, women seem to disproportionately struggle to get the critical “at bat” that will give them a shot at receiving venture funding.

Second is the capital issue. These investors said they consistently see women ask for less money than they could. “Less” may mean either relative to the value their business would support or less than what men in similar positions would seek. The investors also observed that women tend to pitch their businesses differently than men do. Women often don’t sell the exciting “billion-dollar opportunity” and focus instead on what they’ve accomplished so far and on conservative near-term milestones. While men also speak to near-term targets, they tend to be more willing to sell the best-case scenario – or the “home run” – which can be pivotal to securing a venture investment.

Ultimately, women who don’t raise enough money at the outset can quickly find themselves at a competitive disadvantage. They may not have the firepower to prove that their business concepts work, to iterate or pivot or to build the momentum necessary to raise more money in the future. They may lose out to competitors who raise more money more quickly and can thus position themselves as the default winners in the space. Female founders may also end up relying more heavily on riskier personal sources of funding when outside capital falls short – such as their personal savings or retirement accounts – which can affect them over the long-term.

Third is the concept issue. Women are starting technology companies in increasing numbers and many are addressing markets that center on female consumers – such as beauty, women’s retail and women’s health or wellness. These sectors can be a tougher sell to male investors, who make up the majority of venture capitalists and who may feel they lack sufficient expertise in the space, leading them to stick with more familiar fields.

Where we go from here

Goldman Sachs is committed to doing its part to help address these challenges. In June 2018, we announced Launch With GS, our $500 million commitment to narrow the gender investing gap. We are approaching this in three ways: we are investing our balance sheet capital in women-led companies, we are raising client capital to invest in women-centered investment managers, and we are creating an ecosystem to support and expand the pipeline of female investors and entrepreneurs, in part by helping them to make connections and grow their networks. We believe these efforts are important steps in the right direction toward furthering women’s economic empowerment, as well as toward improving dynamism across the economy.

From an industry perspective, another step to overcoming these barriers is to improve data availability. Venture capital firms could do more to disclose the criteria they use to evaluate new opportunities, the reasons why they reject deals and the terms of the deals they do pursue – including the gender of the founders involved. More data, even on an anonymous and aggregated basis, would give aspiring entrepreneurs and founders greater transparency into what is often an opaque process. The venture capital industry could also do more to help women founders overcome hurdles in both networking and pitching, perhaps by providing greater access, training or mentoring.

In the end, ensuring that women entrepreneurs have the same chance of receiving venture funding as their male peers do is in everyone’s best interests. For venture firms in the aggregate to succeed over the long run, they will need to evaluate the best talent and ideas – not just the ones that resemble past successes.

This article first appeared on LinkedIn. 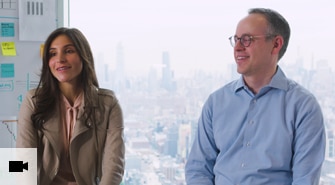 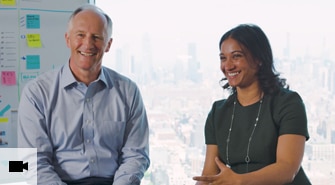 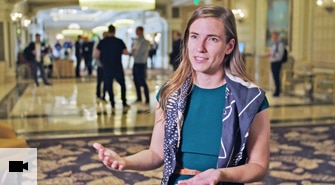 How To Grow Your Business