In 2012, American International Group (AIG) completed a series of major transactions that enabled the U.S. Treasury to monetize its stake at a profit to U.S. taxpayers. Together with the company’s re-IPO the year before, these transactions represented a full sell-down of the U.S. Treasury’s 92 percent ownership. Goldman Sachs was the Lead Joint Global Coordinator for the re-IPO in 2011 and Joint Global Coordinator for four of the five follow-on offerings in 2012. Through innovative and efficient execution, Goldman Sachs contributed to accomplishing the plan developed by AIG and the U.S. Treasury to sell shares at an expeditious pace. The transactions occurred at successively higher prices and each above the U.S. Treasury’s “breakeven” price. In September 2012, the Goldman Sachs-led $20.7 billion transaction became the largest-ever U.S. common equity offering. 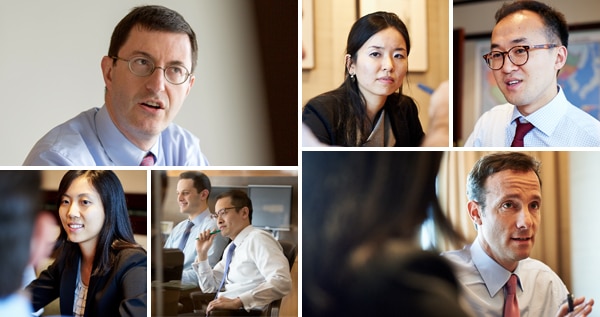 This monetization was facilitated in part by a series of block trades through which AIG divested AIA Group Limited of Hong Kong. These offerings followed the successful 2010 IPO of AIA in which Goldman Sachs helped raise approximately $20.5 billion for AIG. In 2012, the firm led three block trades, enabling AIG to sell its remaining 33 percent stake in AIA and raise, in total, over $14 billion. With the final sale of AIA shares in December 2012, AIG was able to complete the divestiture of one of its largest non-core assets and complete yet another step in its restructuring.

Using proceeds from the AIA share sales and its own internal resources, AIG participated as an investor in the U.S. Treasury’s offerings of AIG stock in the U.S. and bought back some of its own shares, alongside outside investors drawn by the company’s restructuring and improving prospects. On December 11, 2012, the U.S. Treasury sold the last of its AIG shares, with Goldman Sachs helping convert strong investor interest into a significantly oversubscribed transaction. At year’s end, according to AIG’s calculations, the U.S. taxpayer had realized a profit of nearly $23 billion from the U.S. Treasury’s AIG investment – and AIG, once dependent on government support, was a strong enterprise once again. 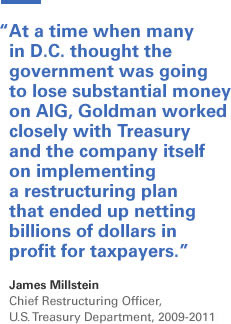