In many respects, the start of 2022 is a photographic negative of early 2021. 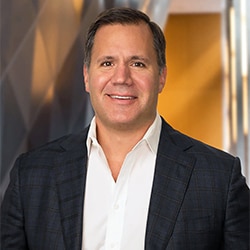 Just twelve months ago, amidst 1.4% headline inflation, the Fed was buying $120bn bonds a month and the Biden administration’s opening salvo was a $1.9tr fiscal package.

To set the current scene: inflation has been north of 5% for seven consecutive months...the Fed is in retreat...and Biden’s fiscal agenda is stuck.

In turn, S&P is coming off its worst week since March of 2020, NDX is tracking for its worst month since October of 2008 and RTY is knocking on the door of formal “bear market” designation.

More broadly, it’s been a very high velocity period across the macro complex -- oil rallied to levels not seen since 2014, US real rates were running across the curve -- which adds turbulence and correlation shifts to the equity equation.

So, the new year has been characterized by bad news, bad technicals, bad liquidity and thus bad attitudes...and, for S&P, the 8th selloff of 10% (or more) in the post-GFC era.


Here’s an attempt to simplify my thinking on the current rough patch and the road ahead:

1. To level set -- and, you knew this coming into the year -- the best days are behind us in two seminal respects: (1) in a concession to reality, the Fed has very clearly transitioned from a radical easing campaign to the early innings of a tightening campaign; (2) at the exact same time, the fiscal dynamics have shifted from dramatic, if unprecedented, spending to a significant hangover.

2. As the bonanza in financial conditions ends, we’re seeing the tide go out on the most speculative assets. Witness these moves in GS thematic baskets since their November highs: Bitcoin-sensitive equities -50%...non-profitable tech stocks -41%...recent IPOs -39%...highly valued software names -36%. I should note that even as S&P was making higher highs into year-end, these cohorts were under major pressure and they have remained under the de-rating hammer ever since.

3. I’m assuming that some of that is attributable to “post-pandemic demand normalization” (a vividly clear reveal from PTON and NFLX) and some is attributable to the tightening of financial conditions (30-year real rates have backed up 50 basis points since the start of December, that’s a jarring reset in any context). While very painful, I consider this piece of the puzzle to be more about releasing air from the most highly valued assets -- a collective de-rating after a period when you knew excesses were likely building -- and is not necessarily a harbinger of where the underlying economy is headed. It also reminds me more of early 2016 than it does mid-2000 or late 2018.

4-a. Bigger picture, my equity framework always starts with two core principles: (1) when central banks are in control, you should bet with them; (2) in the absence of recession, US stocks are up in 9 of 10 years. While there’s always more to the equation, experience tells me if you get those two variables right, you’ll get the directional call mostly right over the next 18 months. Here’s how I’d score each of them right now:

4-b. The Fed is in the wrong place. The current policy status is wholly inappropriate for an economy that’s at full employment and generating 7% headline CPI (I know that’s not the metric they’re held to, but good luck telling households that food and energy prices don’t matter). So, when the central bank is in tightening mode -- not only that, when they’re in catch-up mode -- the history book tells us that the multiple falls, volatility rises and momentum shifts.

4-c. I’m less worried about the outlook for US growth. Yes, the step-down from +5.7% GDP growth in 2021 to +3.5% in 2022 to +2.2% in 2023 matters given that stocks trade off the second derivative. And, I’m mindful of the reverse-animal spirits effect given how sensitive the US economy is to financial conditions (I’d be lying if I said I wasn’t a little worried about the 2000-02 analog in the context of reflexivity risk). But, again, the big ball is this: positive GDP growth = positive equity returns, and we don’t have a recession in the offing. Yes, risk management along the path is more nuanced than that -- and, the years that were the exception to this rule, e.g. 2018, are really messy -- but, unless you see a recession coming, market history is still on the side of the bulls.

5. In the end, here’s my attempt to call-it-like-I-see it...taker of feedback and what I could be missing:

i. This is a regime shift to lower returns and higher volatility -- which argues for a lighter risk setting than you’ve averaged over the prior 18 months -- but, these are not the early innings of a deep and lasting bear market.

ii. The best money will be made playing counter-trend; said another way: sell rips/buy dips. This is not to say that catching today’s epic 188-handle reversal off intraday lows is anything close to easy.

iv. Stick with value, stick with commodities/commodity-themed equities. Energy stocks have been the best horse in the race YTD -- it’s not even close -- and, I think oil still offers the best upside convexity of most anything on the board right now. Yes, I’m still of the view banks outperform as well.

v. I’ve said a few times recently that we’ve transitioned to a trader’s market; we may have also transitioned to a stock picker’s market. I’ll end with this take from GIR’s Peter Oppenheimer, who has seen a business cycle or two: “Ultimately, investors will pay for companies that can grow. But what worked in the last cycle is less likely to work for this one. In our view, the ability to reflect that growth in just one market factor or particular sector are over. The source of that growth, the region or even the industry that it may be in will become less relevant. We are back to a more ‘normal’ cycle where we expect investors to be rewarded for making sector and stock decisions related to potential growth relative to what is priced. This should mean a return to alpha.”

6. Tactical: The damage last week was obviously not limited to just the highest octane parts of the market. To be clear, everything has been hit hard, including the generals (e.g. AMZN dropped 12% last week). I mention this given that MSFT, TSLA and AAPL report this week -- so, some of the biggest guns will have an opportunity to prove they have durable operating leverage, in scale, beyond the over-earners of the COVID era. If you were to ask me what could give ballast to a very tender market, this -- coupled with an on-the-screws outcome at Wednesday’s FOMC and the standard drift into -- are amongst few options to point towards.

7. Tactical: with regard to positioning and flow-of-funds, here’s how I see the field right now...the moral of the story is we’re still in a vulnerable technical spot, with the dynamics improving as we get to month-end:

i. Alongside discretionary hedge fund money, systematic funds have been the heavy hand of late -- and, any scenario analysis of their expected activity looks very grim right now (details available). This is a guarantee of nothing, but it adds an element of speed to any selloff.

ii. Away from the levered community, the onus is on the US retail investor. While core fund flow has been fine to start the year, my guess is that has already given way to outflows, and the era of rock-‘em-sock-‘em activity that characterized Q1’21 is over (note ARKK has been halved from the Feb ’21 highs) also recall the old wisdom: it takes a lot of money to lift stocks up...it takes no money to push stocks down.

iii. As we work through the reporting period, one can reasonably expect corporate sponsorship to return. Say this year brings $975bn of executed stock buybacks in the US...sales & trading colleague Scott Rubner has done the math for us: that equates to around $4bn of daily demand in the non-blackout windows. One can also see pension fund demand around month-end.

8. Structural: It’s been a very tough month for traditional 60/40 strategies. Again, let’s take a step back: in the QE2/QE3/Twist era, the Fed’s not-so-subtle intent was to use QE to reflate risk assets. In the COVID/M3/AIT era, the government took things to an entirely different level -- monetary policy was conjoined with fiscal policy to rescue the economy and support the recovery. Along those paths -- voila -- it was a virtuous time for the linear, passive combination of long stocks and long bonds. Flash forward to today: the Fed is clearly in the other lane and have shifted from one Congressional obligation (support full employment) to their other Congressional obligation (rein in inflation). My point here: in the big picture, the most basic preconditions for risk parity investing have changed -- again, it’s a different fact set -- and that would suggest a new game needs to be played.

Source for all data: Bloomberg as of January 24, 2022. Past performance is not indicative of future results. All references to “we/us/our” refer to the views and observations of the desk.