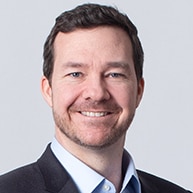 Mr. Coleman joined Goldman Sachs in 1996 as an Analyst in the Bank Loan Group. In 1998, he moved to Capital Markets in the then Fixed Income, Currency and Commodities Division. Mr. Coleman transferred to the Investment Banking Division in 2004 and became Co-Head of US Loan Capital Markets in 2005. In 2008, he was named Co-Head of US Leveraged Finance, in 2009 he became Head of EMEA Credit Finance in London and was then named Head of the EMEA Financing Group from 2016 to 2018. From 2018 to September 2021, Mr. Coleman served as Co-Head of the Global Financing Group and from September 2021 to December 2021, he was Deputy Chief Financial Officer. He was named Managing Director in 2005 and Partner in 2008.

Mr. Coleman serves on the Board of Directors of Covenant House international.