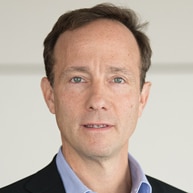 Dan Dees is Co-Head of Global Banking & Markets and a member of the Management Committee.

Mr. Dees joined Goldman Sachs in 1992 in New York in the Corporate Finance Group within the Investment Banking Division (IBD) and then moved to the Capital Markets Department in 1994. He held a number of responsibilities within Capital Markets, including working in Hong Kong initially from 1994 to 1995, working with private equity clients in New York in the mid-1990s, working on the Goldman Sachs initial public offering from 1998 to 1999, managing a number of the technology capital markets businesses from 1999 to 2001, managing the consumer, retail and healthcare businesses from 2002 to 2004, and working in Tokyo as head of the Japan Financing Group from 2004 to 2007. Prior to being named Co-Head of IBD for Asia Pacific Ex-Japan in 2012, Mr. Dees was Head of the Financing Group in Asia Pacific. In early 2014, he relocated to San Francisco to become Global Co-Head of the Technology, Media and Telecommunications Group. Mr. Dees served as Co-Head of IBD from 2018 to 2022. He was named Managing Director in 2001 and Partner in 2004.