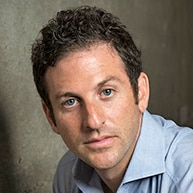 Jared Cohen is Co-Head of the Office of Applied Innovation and President of Global Affairs. He serves on the Management Committee and is a member of the Firmwide Digital Strategy Group. Mr. Cohen joined Goldman Sachs in 2022 as a partner.

Prior to joining the firm, Mr. Cohen was Chief Executive Officer of Jigsaw, which he founded at Alphabet Inc. in 2016. In this role, his work focused on applying cutting-edge technology to some of the most significant challenges destabilizing the Internet, including cyberattacks, dis/misinformation, toxicity in the online conversation, censorship, organized harassment and the spread of extremism and conspiracy theories. Prior to that, Mr. Cohen was Google’s first Director of Ideas and Chief Advisor to Google's Chief Executive Officer and Executive Chairman Eric Schmidt. From 2006 to 2010, he served as a member of the Secretary of State's Policy Planning Staff and as a close advisor to both Condoleezza Rice and Hillary Clinton.

Mr. Cohen is a New York Times bestselling author of five books, including One Hundred Days of Silence: America and the Rwanda Genocide, Children of Jihad, The New Digital Age: Transforming Nations, Business, and our Lives, which he co-authored with Eric Schmidt, Accidental Presidents: Eight Men Who Changed America, and the forthcoming Life After Power. He is also the author of the children’s book What Presidents Said, which is forthcoming. His writing has appeared in The New York Times, The Wall Street Journal, Foreign Affairs, Los Angeles Times, The Washington Post, TIME Magazine, Financial Times and Foreign Policy.

Mr. Cohen is a member of and an adjunct senior fellow at the Council on Foreign Relations and also a member of the Trilateral Commission. He serves on the Board of Directors of Gilded, Stanford University’s Freeman-Spogli Institute and the Chapin School. He serves on the advisory boards of RAND, the National Counterterrorism Center, Schmidt Futures and the Anti-Slavery Collective.