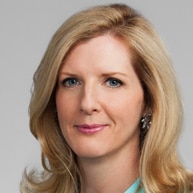 Prior to joining the firm, Ms. Ruemmler was a Litigation Partner at Latham & Watkins LLP where she was Global Chair of the White Collar Defense and Investigations practice. Previously, she served as counsel to President Barack H. Obama and was his longest-serving White House counsel. She also served in the Department of Justice, including as Principal Associate Deputy Attorney General, Deputy Director of the Enron Task Force, and Assistant United States Attorney for the District of Columbia. Earlier in her career, Ms. Ruemmler served as Associate Counsel to President William J. Clinton. She began her career as a law clerk to Judge Timothy K. Lewis of the United States Court of Appeals for the Third Circuit.

Ms. Ruemmler is a fellow in the American College of Trial Lawyers. She serves on the Board of Trustees of the German Marshall Fund.