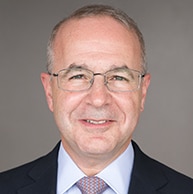 Mr. Sneader is a trustee of the Brookings Institution, a member of the International Advisory Council of the Economic Development Board of Singapore, a board member of FCLTGlobal and a former president of BritishAmerican Business.