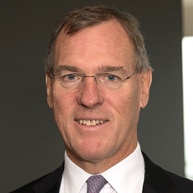 Richard Gnodde is Chief Executive Officer of Goldman Sachs International. He has been a member of the Management Committee since 2003. Mr. Gnodde also serves on the Firmwide Reputational Risk Committee and Chairs the European Management Committee. He served on the firm’s Partnership Committee from 1999 to 2004.

Mr. Gnodde joined Goldman Sachs in London in 1987 in the merger department. He was appointed Co-Head of the Investment Banking Division (IBD) in Japan in 1997. He became President of Goldman Sachs (Singapore) Pte. and Co-Head of Investment Banking in Asia in 1999 before moving to Hong Kong that same year to become President of Goldman Sachs (Asia) LLC. He played a leading role in expanding the firm’s overall Asian footprint, including securing access to China’s Securities markets. In 2005, he returned to London and became Co-Chief Executive Officer of Goldman Sachs International in 2006. From 2011 to 2017 he served as Co-Head of IBD. Mr. Gnodde was named Managing Director in 1996 and Partner in 1998.

Mr. Gnodde serves as a trustee of the University of Cape Town Trust and The Foundation and Friends of the Royal Botanic Gardens, Kew. He is also a member of the Corporate Advisory Group of the Tate.