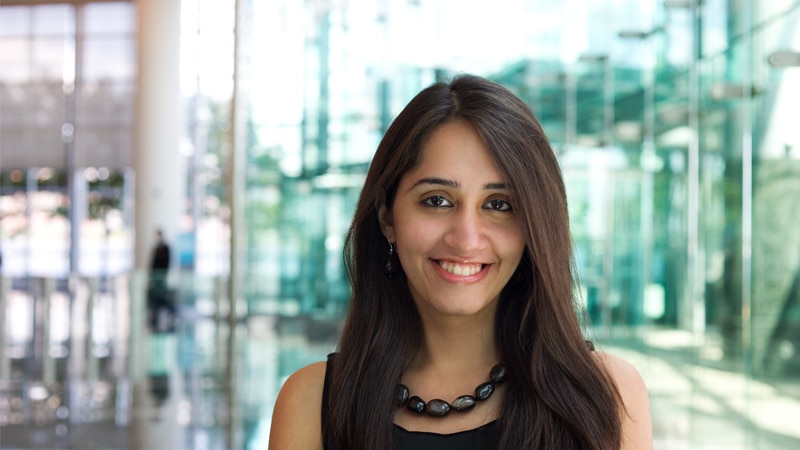 I first learned of Grace Hopper Celebration (GHC) in 2012, back when I was an analyst in Bengaluru. For most of my life until then, women had always been outnumbered in classrooms and meeting rooms. At my first GHC, sitting amid hundreds of female engineers, I was in awe of my surroundings and excited for the future. To say the least, the entire experience was both heartwarming and inspiring.

In the 10 years since my first GHC, so much has unfolded in my career as an engineer. With support from my teams – including many impactful women – at Goldman Sachs, I have grown from an analyst in India to the global lead of Public Cloud Onboarding and Migration in New York. My role allows me to work on issues I care deeply about – namely fast tracking cloud security and retaining female leadership in the engineering field. In the last 10 years, the junior talent pipeline of women engineers has grown tremendously, yet there is still work to be done to grow the female engineering community, most notably at senior levels. I am keenly aware of the continued need for women to have platforms, such as Grace Hopper, to gather and discuss the common challenges we face.

At this year’s Grace Hopper Celebration, the Goldman Sachs booth hosted spotlight sessions on various career paths available at different office locations, focusing on key engineering roles in New York, Dallas, and Salt Lake City. Additionally, visitors to the booth were able to meet women engineers from various divisions and levels at the firm. We left Grace Hopper feeling inspired by the impressive young women in attendance. There were several moments that will stay with me for years to come including the discussions around equity in the workplace, authenticity, growth ceilings and more.