In 1967, Gus Levy executes a record-breaking block trade of over one million shares of Alcan Aluminum worth more than US$26.5 million.

The 1960s saw the rise of institutional investors such as pension funds and mutual funds in the United States. Institutional Investor magazine launched in 1967 and its first conference, in 1968, drew more than 1,500 professional money managers.

Goldman Sachs recognized that this dynamic brought with it a growing demand for moving large blocks of 10,000 or more equity shares. Under the leadership of Gus Levy, the firm pioneered the concept of block trading. Using its own capital, Goldman Sachs bought blocks of stock directly from issuers at an agreed-upon price and took on the risk of reselling it to other market participants, hopefully at a higher price. 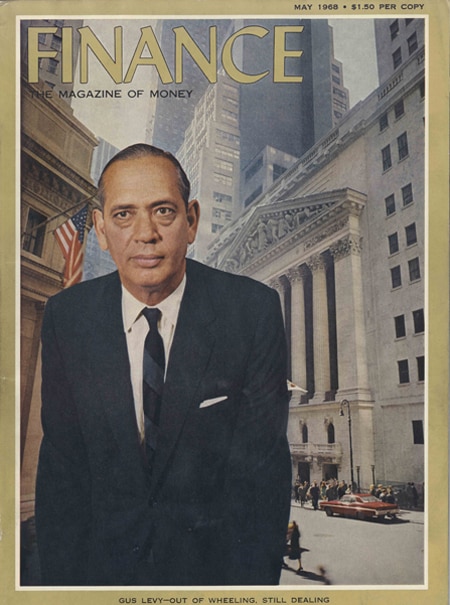 The firm’s leading position in the nascent block trading space was reinforced near the close of the market on October 31, 1967, when Gus Levy “crossed” (matching both buyers and sellers) 1,153,700 shares of Alcan Aluminum at US$23 per share. At the time, it was the largest-ever block trade on the New York Stock Exchange in both dollar value (US$26.5 million) and number of shares. The trade was even more impressive since financial markets were uneasy due to high interest rates in the bond market and disappointing third-quarter corporate profits that year. In May of 1968, Levy graced the cover of Finance magazine for an article titled “The Biggest Man on the Block.” The Alcan block trade record stood until 1970.

Goldman Sachs became a leader in security arbitrage in the following years, and block trading would prove to be a strong profit center for the firm. In the ensuing years and decades, an innovation born from opportunity would become a staple of the investment banking sector.