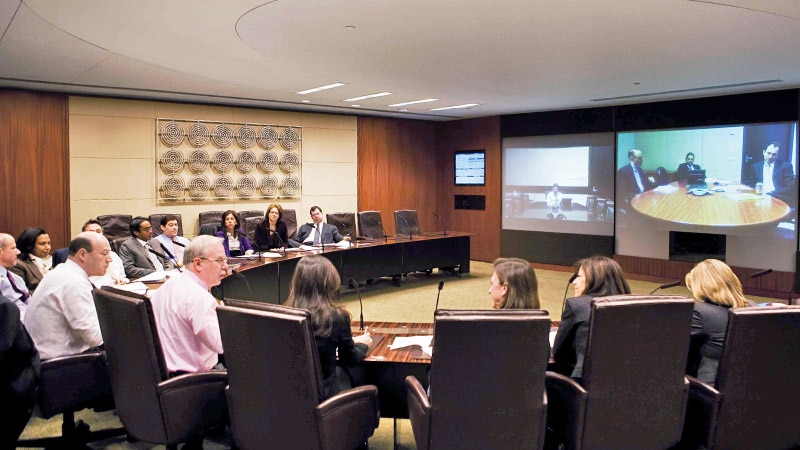 In 1995, Goldman Sachs makes changes to its governance structure, including the formation of a new committee aimed at enhancing the strength and cohesion of one of the firm’s most valuable assets: the partnership.

The year 1994 was a challenging one for Goldman Sachs. Amid steep trading losses, the firm saw an unusually large number of partners retire, taking their capital along with them. In 1995, the firm reexamined its governance structure and made several changes, including the creation of the Partnership Committee.

While some of the committee’s early responsibilities focused on the financial aspects of the partnership, these evolved over time to be more broad. Months before Goldman Sachs’ 1999 IPO and transition away from a privately held partnership structure, the Partnership Committee was reconstituted to a group of 15 with a mandate that now included recruiting, training, performance evaluation, the selection and compensation of managing directors, diversity, mobility, and succession planning.

In July 2008, the Partnership Committee revised its charter to focus on the recruitment, development, citizenship and performance of the partner and managing director communities. In 2017, the firm issued a new mission statement for the Partnership Committee outlining seven specific tactics it would pursue in order to “steward the firm’s culture as defined by our Business Principles and standards, preserve the spirit of partnership, promote and enhance the benefits of partnership, and advance the long-term success of Goldman Sachs through the cultivation of its current and future leaders.”

The Partnership Committee established the annual Analyst Impact Fund competition, in which teams of Goldman Sachs analysts collaborate with peers across the firm to secure a grant for a nonprofit organization of the team’s choosing.

The creation and evolution over time of Goldman Sachs’ governing bodies, including the Partnership Committee, reflect the firm’s recognition that governance is a process that must evolve with the realities of a changing world. What remains consistent is Goldman Sachs’ desire to structure and govern itself in a way that best meets the varied long-term interests of its clients, shareholders, and people.