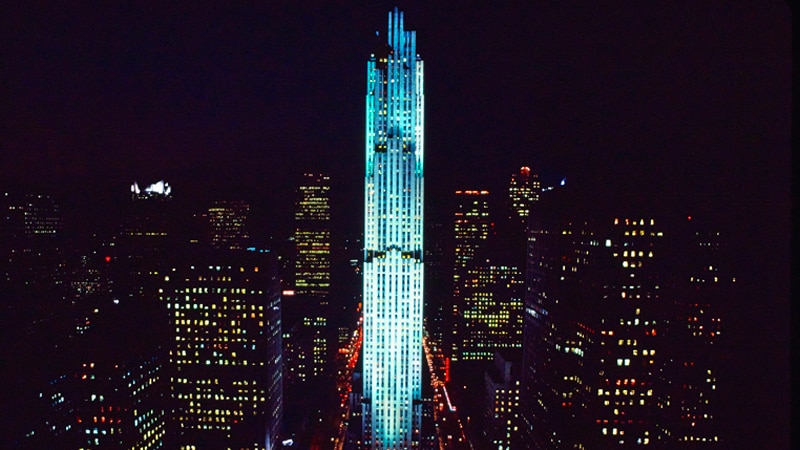 The 1990s were a difficult time for the commercial real estate markets in the United States. The building boom of the prior decade led to a large supply/demand imbalance by the mid-90s. Building owners saw rents plummet and vacancies soar, and banks that had lent millions to developers against little collateral struggled.

In 1995, Rockefeller Center, a complex of ten major buildings and home of Radio City Music Hall, was 80% owned by the Mitsubishi Estate Company, with the remaining 20% in the hands of the Rockefeller family trusts. In May of that year, both parties filed for bankruptcy as the building struggled financially. Ownership would be transferred to Rockefeller Center Properties (RCP), a real estate investment trust that had been formed to make the US$1.3 billion mortgage on the property. RCP’s US$750 million initial public offering had been underwritten by Goldman Sachs and Shearson Lehman Brothers in 1985.

Believing that it could increase the value of Rockefeller Center, Goldman Sachs led a team of investors in a bid to buy Rockefeller Center from RCP. The consortium of buyers included David Rockefeller, whose father, John D. Rockefeller Jr., had built the iconic New York property in the middle of the Great Depression.

The group’s bid, at US$8 a share, bested a prior deal that RCP had reached with another group led by Chicago financier Sam Zell that would have allowed REIT shareholders to retain an interest in the property. The offer totaled US$1.15 billion, with US$306.1 million for the equity in RCP and the assumption of approximately US$845 million in debt and other liabilities. This significant investment in what David Rockefeller called “a treasured asset of our city and our nation” would pave the way for the firm’s growing involvement in real estate investment.

In May 1996, Goldman Sachs sold a condominium interest in 30 Rockefeller Center to NBC for US$440 million. That same year, Goldman Sachs had over US$3.8 billion under management for real estate principal investing around the world. Upon the improvement of conditions in the New York commercial real estate market, Rockefeller Center was sold in 2000 for US$1.85 billion.