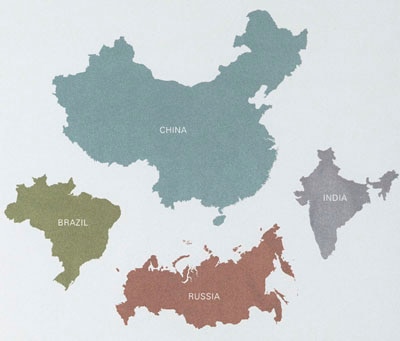 Between 2000 and 2009, the pace of growth of emerging economies outpaced that of developed countries for the first time. A 2001 Goldman Sachs Economic Research report focused in on four rapidly growing emerging market countries specifically as key drivers of future global economic growth: Brazil, Russia, India and China. With “Building Better Global Economic BRICs,” a new term entered the investing vernacular.

The paper, authored by Jim O’Neill, then head of Global Economic Research, projected that over the coming 10 years, the weight of the “BRICs”—especially China—in world GDP would grow significantly, and thus so would the global economic impact of fiscal and monetary policy in the four countries. In line with these prospects, the paper argued that the G7 should be adjusted to incorporate BRIC representatives.

Other BRICs-oriented research would follow from Goldman Sachs in the ensuing years, including 2003’s paper, “Dreaming with BRICs: The Path to 2050,” which posited that the BRICs countries could overtake the largest Western economies by the year 2039. The BRIC moniker was adopted broadly in financial and economic circles as the original paper’s projections were borne out: India’s economy grew at an average pace of 6.89 percent per year from 2000 to 2009, and China’s soared at a yearly average rate of 10.35 percent.

By the middle of the decade, numerous BRICs-themed mutual funds, ETFs and indexes were created to track this distinct group of emerging economies. The first annual BRIC Summit took place in 2009 in Yekaterinburg, Russia, bringing together leaders of the BRIC countries to discuss policy issues and common challenges. The following year, the group voted to invite South Africa to join, cementing the acronym BRICS. In 2014, the BRICS Development Bank was established in an agreement signed during the sixth annual BRICS summit in Fortaleza, Brazil. Since renamed New Development Bank (NDB) and headquartered in Shanghai, the institution’s goal is to mobilize resources for infrastructure and sustainable development projects in BRICS and other emerging market and developing countries.

By shining a research spotlight on a select group of emerging economies poised to become the next global growth powerhouses, Goldman Sachs helped both investors and companies frame their thinking and decisions based on a shifting global economic power dynamic. Beyond that, the “BRICs” concept triggered cooperation and collaboration among policymakers in these diverse countries on issues ranging from agriculture, trade, and environmental policies to national security and international finance.