Goldman Sachs is the sole agent of a private placement of JPY600 billion (US$5.35 billion) for Toshiba Corporation in 2017, raising capital Toshiba needs to avoid being delisted from the Tokyo Stock Exchange at a time when a public listing would be challenging for the beleaguered tech company.

In late 2017, Japanese computer and electronics manufacturer Toshiba Corporation was facing a March 31, 2018, deadline to reverse its negative net worth or be delisted from the Tokyo Stock Exchange. 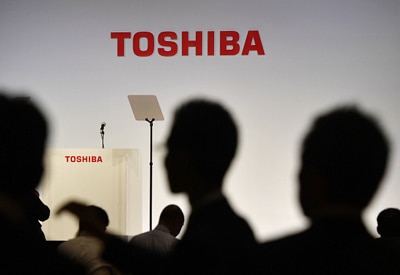 Toshiba hoped to raise the capital it needed through the sale of the company’s flash memory business, but regulatory hurdles, a legal challenge from its US manufacturing partner, and shareholder doubts regarding the sale of its most dynamic unit to private investors threatened to push the sale beyond the March delisting deadline. Goldman Sachs was advising Toshiba on the sale of its memory chip business, but when it became clear that a sale might not go through in time to meet Toshiba’s imminent capital need, the firm shifted focus and began exploring other fundraising options. Toshiba’s auditors had already given the firm official notice that its business was in jeopardy, making a public share offering difficult. Goldman Sachs and Toshiba ultimately decided that the optimal solution, both from a pricing and timing standpoint, was a private placement of common shares to foreign investors.

In less than two months, Goldman Sachs assembled a consortium of 60 foreign buyers for the shares, many of them hedge funds, in an offering that totaled JPY600 billion (US$5.35 billion). The firm successfully placed a total of 2.28 billion shares, the equivalent of 54 percent of the Toshiba’s shares outstanding.

The infusion of capital positioned Toshiba to end the fiscal year with JPY783 billion (US$7.38 billion) in net worth instead of JPY750 billion (US$7.07 billion) in negative equity. Toshiba was thus able to retain its seat on the Tokyo Stock Exchange, and also undertook a number of management and operational changes to restore stakeholder trust and revitalize Toshiba as a globally competitive organization.

The successful completion of the Toshiba private placement demonstrated Goldman Sachs’ ability to nimbly reorient and refocus its efforts to explore new solutions when needed, to execute under intense time pressure, and to bring the power of its global network to bear on the most formidable of client challenges.