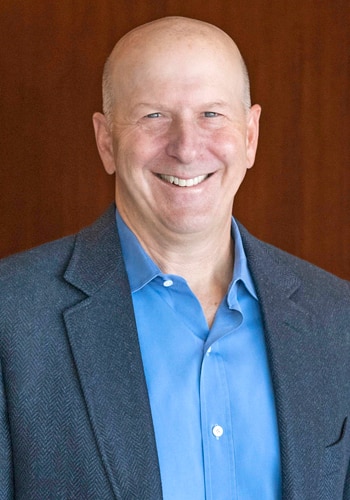 In mid-2018, Goldman Sachs announced that as of September 30 of that year, Lloyd Blankfein would step down as chairman and CEO of Goldman Sachs after 12 years of service in those roles. David Solomon, then president and chief operating officer, would succeed Lloyd, becoming CEO in October 2018 and chairman in January 2019.

Born in 1962 in Hartsdale, New York, David grew up in the northern suburbs of New York City and then attended Hamilton College, where he earned a BA in political science. After college, David embarked on a career in financial services that would include senior roles at Irving Trust Company, Drexel Burnham and Bear Stearns. He joined Goldman Sachs from Bear Stearns in 1999 as a partner and co-head of Goldman Sachs’ High Yield and Leveraged Loan Business within the Investment Banking Division (IBD).

Over the years, David also served as global head of the firm’s Financing Group, which handles all capital markets and derivative products for the firm’s corporate clients. He was appointed to the Management Committee in 2004 and, in 2006, was named co-head of the Investment Banking Division (IBD), a role he held for 10 years. David became Goldman Sachs’ president and co-chief operating officer in January of 2017 and sole COO in March 2018, before ultimately stepping into the CEO position in October of 2018 and that of chairman in January 2019.

A dynamic leader who embodies the firm’s culture, David brought extensive experience managing client relationships to his new leadership role, plus a distinct combination of strategic insight, deep business knowledge and an ability to engage effectively with both internal and external stakeholders. He has encouraged the people of Goldman Sachs to embrace a new way of thinking and working that reflects both the firm’s changing workforce and promising new technologies Goldman Sachs can harness to better serve its clients.