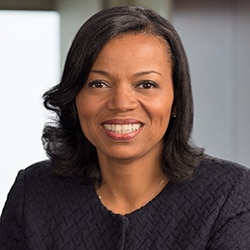 In all my years, I would not have anticipated that any firm on the “street” would be celebrating Juneteenth. Juneteenth is the only commemoration of the actual ending of slavery in the US and has historically been celebrated in Black communities. As Juneteenth was not a staple in American history curricula, much of the world is learning about Juneteenth for the first time. As a student, I resented that one of the only aspects of Black history I learned in school was slavery and the fact that Lincoln freed the slaves. Thankfully, my parents taught me a richer version of Black history, including the significance of Juneteenth. Over the years, several of my friends who are thought leaders in the Black community made the decision to celebrate Juneteenth by taking the day off from work. Although it was my personal choice not to take the day off in the past, I’m excited that the firm is a part of the growing community of companies that has acknowledged this day’s significance as a part of US history.

As we planned how to recognize Juneteenth this year as a Goldman Sachs community, we thought it was important to educate and engage our colleagues as well as connect with and support the community. The interest and enthusiasm from all of our colleagues was encouraging. We had thousands of people visit the Juneteenth page on our intranet that shared information and resources regarding the history of Juneteenth and hundreds of colleagues signed up for our fourth training session “starting the dialogue” on race in the workplace.

In addition, Goldman Sachs co-sponsored the CF Berg Juneteenth Speaker Series, Moving Beyond Discussion to Action. Our Global Head of Diversity Recruiting, Megan Hogan, participated in a discussion on setting goals and evaluating progress. The firm also hosted a Talks at GS with Marc Morial, president and chief executive officer of the National Urban League. You can find Morial’s discussion on the national protests following the death of George Floyd, the debate surrounding police brutality and reform and how to address systemic racism throughout various American institutions here.

As a global firm, we were also pleased to recognize the UK holiday Windrush Day on Monday. Windrush Day, was introduced in June 2018 on the 70th anniversary of the Windrush migration and celebrates the many contributions the Caribbean community has made to British society. In recognition of the day we hosted a Talks at GS with David Lammy, Labour MP for Tottenham and Shadow Secretary of State for Justice. Lammy discussed race relations in the UK, his work campaigning for social justice and the impact of the coronavirus on the Asian, Black and minority ethnic communities. The discussion was moderated by Darren Allaway, a managing director in Goldman Sachs' London office, click here for the replay. As all 4 of my grandparents were from the British West Indies, I know like me, they could not have fathomed the day.

I hope the recognition of Juneteenth and Windrush persists over the years to come and perhaps become national holidays without commercialization or exploitation. Despite the contributions Black people have made to American and UK society, structural inequities remain an obstacle to experience true equality. I hope all the firms that have chosen to recognize Juneteenth and Windrush continue to work towards the progress that we still need to make to achieve racial equality around the world.  At Goldman Sachs, one of our first steps was to start the Goldman Sachs Fund for Racial Equity, created to support the vital work of leading organizations addressing racial injustice, structural inequity and economic disparity. We look forward to working with the organizations we have funded in the US and UK and contributing “sweat equity” as well to move us closer to a dream I personally work towards everyday – equality for all.