What Happens When Four Bankers Get Together Over Lunch in Brazil 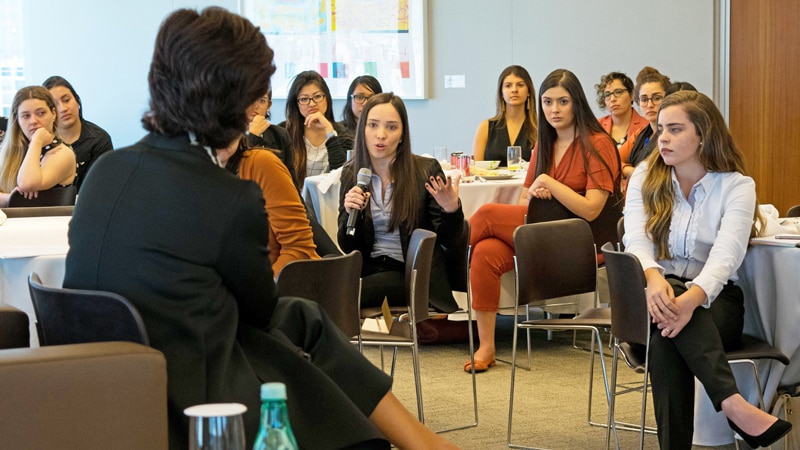 In October of 2018, four bankers in Brazil representing Goldman Sachs, UBS, BNP Paribas and Deutsche Bank gathered together over lunch at Goldman Sachs’ offices in Sao Paulo to discuss why women have been largely under-represented in the country’s financial services sector.

Those discussions resulted in the launch of Dn’A Women — Develop and Achieve, a four-month program designed to attract women to the banking industry by providing workshops and leadership training for university students who are set to graduate in 2020 or 2021. “I believe the initiative has the potential to increase access to opportunities and open the doors of financial markets for young, committed women,” says Maite Leite,  chief country officer for Deutsche Bank Brazil. The program, which received more than 1,300 applicants across Sao Paulo for only 60 spots, is now well under way -- with students completing the curriculum at Goldman Sachs’ office in the city.

“One of the challenges to attracting women to financial services in Brazil is the perception that the industry is largely male-dominated, inflexible and consists of long working hours,” says Maria Silvia Bastos Marques, chair of the Brazilian Advisory Board of Goldman Sachs Brazil. “Companies are starting to understand the value of diversity, but many women aren’t even considering financial services firms because of their perceptions.”

Maria Silvia and Maite Leite are two of the sponsors of the program, along with Sandrine Ferdane, chief executive officer and country head of BNP Paribas in Brazil and Sylvia Coutinho, head of UBS Wealth Management LatAm and country head of UBS Brazil. “We need more women rising to leadership positions in the financial market, and for that we need to strengthen the pipeline of candidates who can envision a chance to grow and flourish in this environment,” says Coutinho. “The four of us – BNP Paribas, Deutsche Bank, Goldman Sachs, and UBS – have decided to invest and help in this process, opening up opportunities to strengthen women’s leadership,” adds Ferdane. 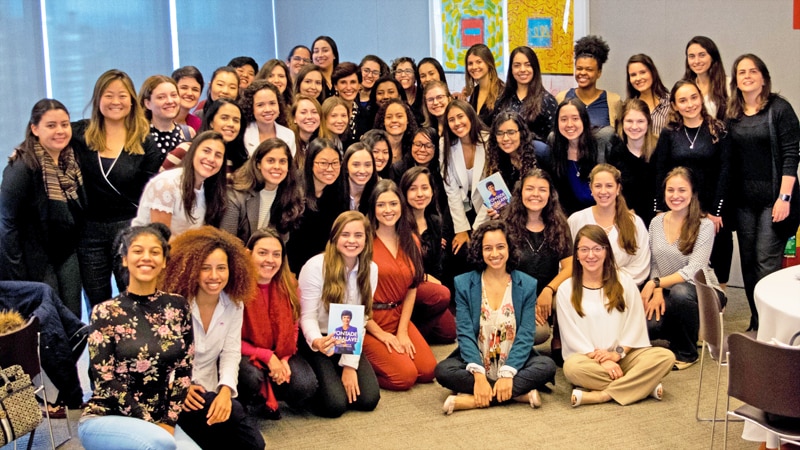 The world average gender gap has begun to shrink, but Brazil’s gender gap — which sat just slightly above the global average in 2018 — saw a significant reversal in progress towards gender parity last year, standing at its widest point since 2011, according to the World Economic Forum’s 2018 Global Gender Gap Report.

“We wanted to design a curriculum that would prepare women to pursue any career they want, but would also provide them with an introduction to the financial markets,” says Maria Cristina Sampaulo, a vice president in the Human Capital Management Division, who designed the program. “By providing participants with opportunities to meet with executives from across the industry, they’ll learn about the industry and start building their personal and professional network.”

Selection for the Dn’A Women program consisted of a five-part process including a profile mapping, a problem-solving test, an English online test and an in-person group dynamics observation and interview. The goal is that by the end of the program – which concludes in December – participants will be eligible to apply for the internship programs of the partnering banks.

"We want to inspire other women. We encourage diversity, and this is key for the way we do business,” Maria Silvia says. “By having multiple ways to assess a situation we become better able to innovate, to manage risks and to propose unique strategies.”