Meet Our Adopted Pets - and Their Humans

In recognition of National Dog Day, which is August 26th in the US, we take a look at some of the pets who were rescued from shelters and given new lives by our people. Here are the stories of ten dogs and their families. 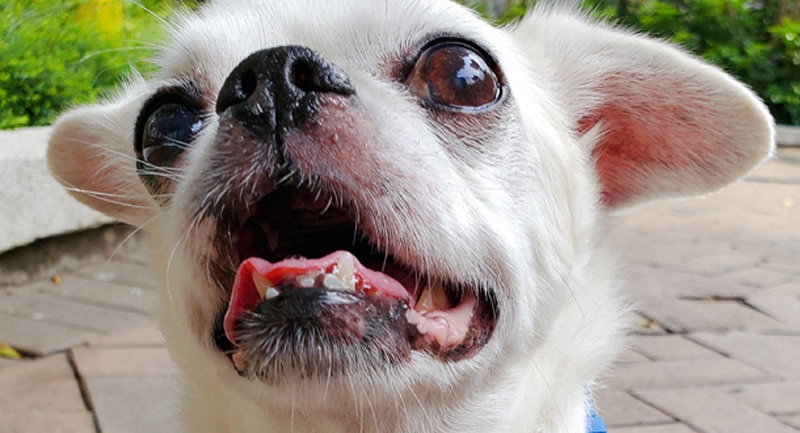 “I adopted Gummi four years ago after a Community TeamWorks project at Hong Kong Dog Rescue. Gummi was around eight years old at that time, in poor skin condition and had some behavioral problems. He followed me for the whole day when I was cleaning the dog shelter. I adopted him that weekend, and I can still remember how quickly he jumped into the dog bag carrier. He is now a very sweet 12-year-old gentleman, and loves cuddling and belly-rubbing.”

“This is Hazel. My wife Evelyn and I adopted her from a rescue organization called Smidget Rescue in Washington State. She’s a terrier mix that has been a member of our family for four years now. My favorite time of the day is when I get home and she meets me with lots of kisses and crazy antics to make me smile and wrap up the day.” 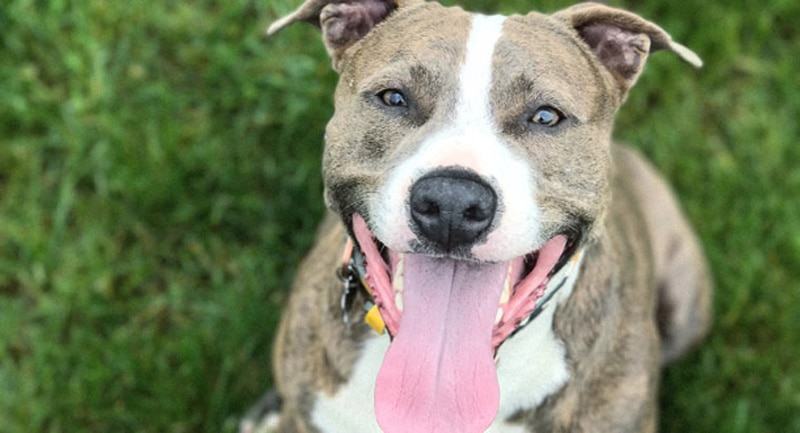 “Finn was adopted from Out of the Pits, a rescue in Albany, New York, focused on rescuing American Pit Bull Terriers. Finn spends his days playing chuck it, swimming, going to daycare, nibbling his stuffed toys, giving kisses and snoring. He is a happy-go-lucky and sometimes reckless pup who loves everyone he meets. He is a great representation of his breed and wins over hearts.” 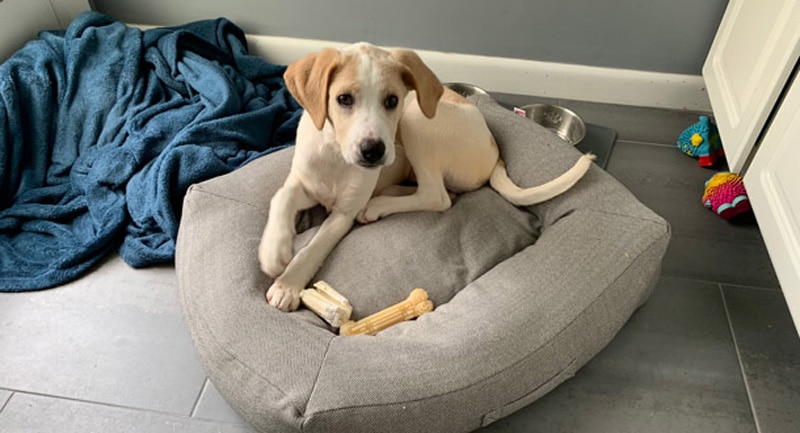 “We recently adopted Annie, a hound-lab mix who was a rescue from a litter in North Carolina. Clara, my daughter, kept asking for a dog for Christmas, and we finally gave in and got our first family pet for her seventh birthday. Annie loves running, playing with the three kids and making sure we can’t sleep in on the weekends.” 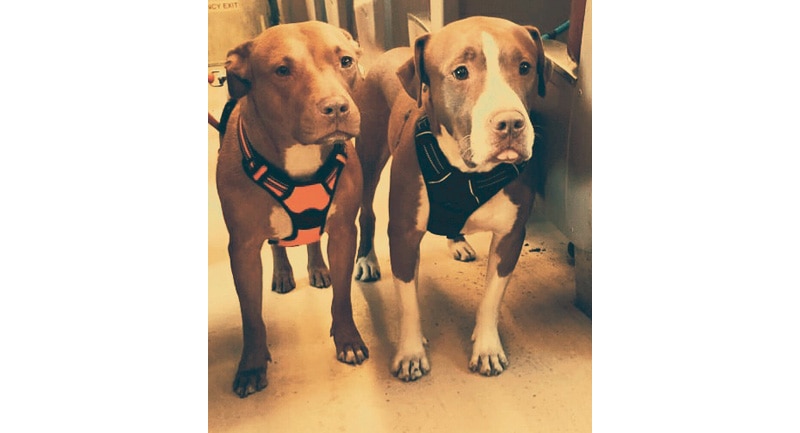 “We first met Dom (right) at the Brooklyn Animal Care Center on a cold afternoon in January 2017; he was the most affectionate puppy we met and we were thrilled to bring him home with us! He was initially very nervous, but he very quickly got comfortable and is now well-known in our neighborhood. He loves meeting new people and enjoys endless hours of cuddling, chewy toys and long hikes when the weather is nice. We brought Railay (left) home through Second Chance Rescue in March 2018; she had been in many foster homes but found her forever home with us. Dom and she got along instantly. She is smart, curious about all little animals (especially squirrels and pigeons), loves to be cuddled and enjoys playing tug of war till my arms hurt.” 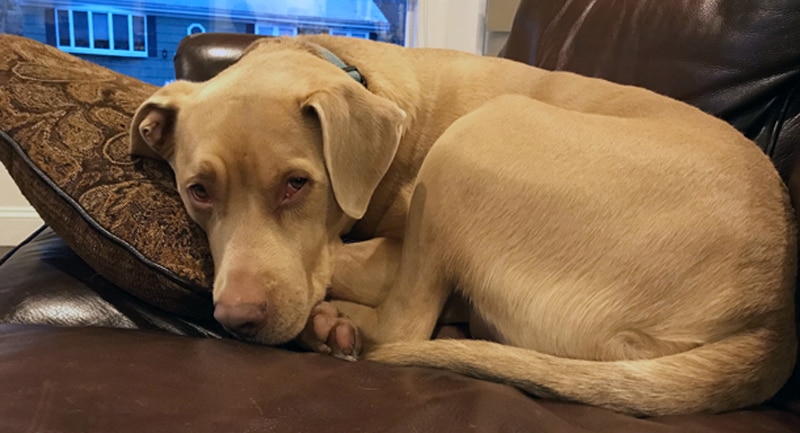 “My son Brandon, around the time he was six, started asking for a dog. After eight or nine months, my wife and I finally agreed. I grew up with a shelter dog and wanted him to do the same. So we surprised him one day with a trip to the North Shore Animal League. Brandon had pre-determined that if we got a puppy that didn’t already have a name, he wanted to name the dog Fuzzy. And we did get a dog that day, and he was a puppy, and Brandon stuck to his guns and insisted on the name Fuzzy. Which is particularly great and makes people laugh because Fuzzy is an approximately 75 pound pitbull mix.” 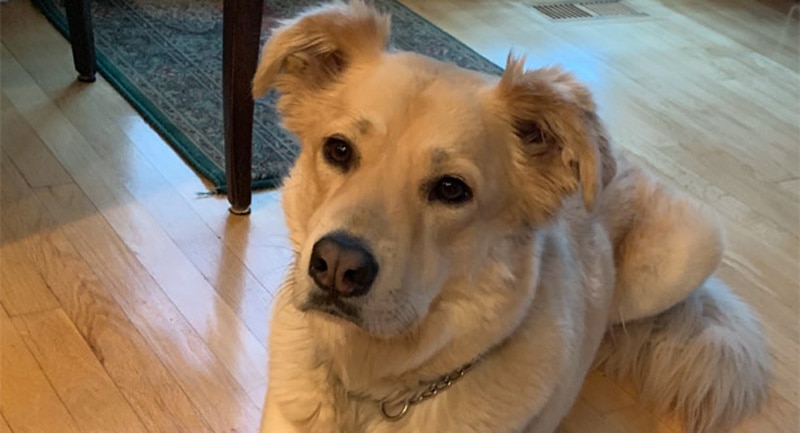 “We adopted Butters from Placing Paws in August 2018. When we saw her cute pictures online, we knew she’d be perfect and fell in love immediately once we met her. She’s a sweet, happy girl and a gentle giant. She’s the perfect example of why it pays to adopt, not shop!” 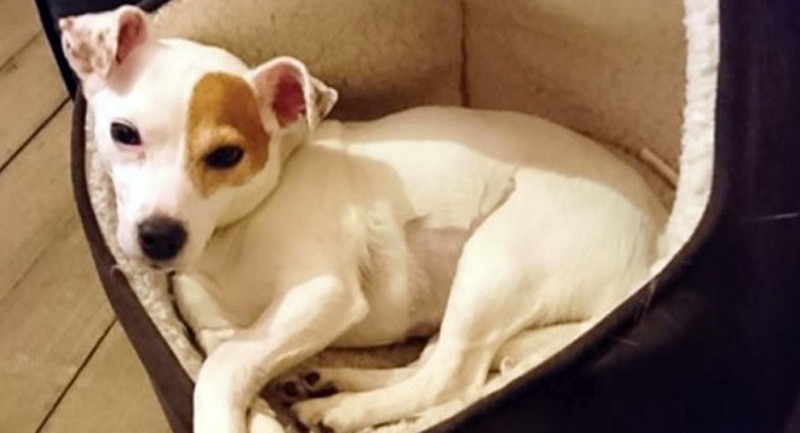 “We rescued Luna from Battersea two years ago. Although she is deaf, it doesn’t seem to slow her down in any way. She loves long walks and then cozy cuddles on the sofa. Luna is an adorable dog and I wouldn’t swap her for the world!” 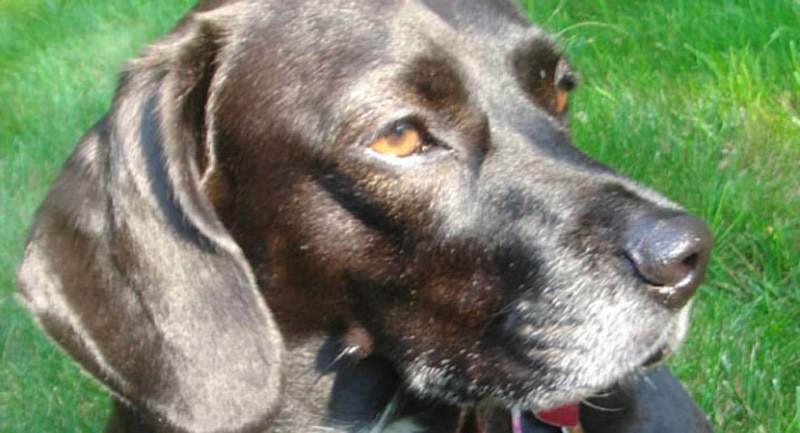 “I was in my twenties, desperately wanted a dog, and knew I needed to adopt. So I rescued Charlie, who is now 15-years old, from a high kill shelter from down south, and it was one of the best decisions I’ve made yet. She has been along my side through all the phases of my life, and is now an integral part of my children’s lives as well. She is family. Adopting her has been one of the greatest gifts I could give to her, myself and now my children as well. She is the sweetest soul, and the best friend a girl could have.”