Athletics and Agile: Engineers Draw Parallels Between Sports and Work

As Goldman Sachs Engineering continues to evolve and broaden its best practices for digital design and product management, two methodologies are becoming more widely adopted across the firm. For two of our professionals in Engineering—both former elite athletes—they find many similarities between these methodological approaches and the disciplines required to succeed at the highest levels of competitive athletics, as well as in business. 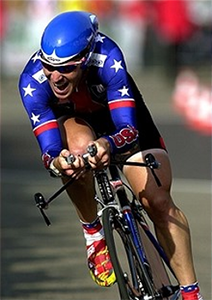 Dylan Casey, a managing director in Core Engineering, and Sophie Christiansen, an associate in Quality Assurance, and their teams use Agile and OKR to iterate, test and gather feedback on their products to ultimately produce a high quality final result. Agile offers best practices that can benefit all teams in the form of business and organizational agility. OKR – or Objectives and Key Results –  is a framework for defining and tracking objectives and aligning them to key results.

At its core, both Agile and OKR align to Goldman Sachs' culture of teamwork, collaboration and excellence.

Dylan, a former competitive cyclist and now chief product officer in Core Engineering, applies these approaches not only in his day-to-day work at Goldman Sachs, but also in his athletic training routines. He represented the United States at the 2000 Sydney Olympic Games and before that rode for the United States Postal Service Professional Cycling team. For him, questions about the transition from athlete to technologist are the most common inquiries he receives when discussing his past experience as a cyclist.

For Dylan, being mindful about the way he focuses his energy is paramount. It is a skill that has allowed him to shape the way he spends his time and ultimately allows him to be focused on the end result. “Even when that outcome is not what you expect, it is important to take the feedback from that product and apply it to the next goal,” he says.  He credits the skills learned and disciplines applied in setting milestones towards becoming an Olympian a key reason for his career success in product management. “OKR is such a useful tool for staying focused on the outcome because it ensures that you focus your resources on the most important goals.” 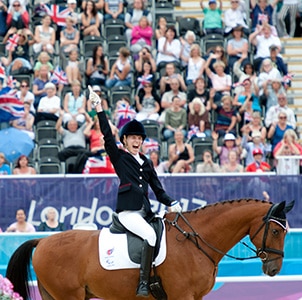 Sophie is a British dressage rider and holder of eight Paralympic gold medals from four Olympic games. Born premature with cerebral palsy, she began riding horses at the age of six and went on to become a disability advocate. In 2016, she was a contender for BBC Sports Personality of the Year and finished in fifth place, the top female athlete.

A developer’s end user is the individual that a program or product is designed for. Sophie draws parallels between her experience as a dressage rider and one of Agile’s tenet’s—individuals and interactions over processes and tools. In dressage, Sophie’s first end users are her horses and over time, she makes it a point in her training routine to get to know her horses, ultimately revealing which training inputs will enable the correct or optimal output. Sophie’s other end users are the judges. Though the judges’ opinions and scores are absolutely final, Sophie has a face-to-face interaction with them after she receives her score to ensure that she can receive honest and informed feedback to optimize her future performance. Similarly, Agile engineering is all about breaking boundaries and collecting feedback from the end user to enable the best possible outcome.