Engineering Exchanges is a speaker series hosted by the Engineering Division which showcases the interests and passions of engineers at Goldman Sachs and also highlights technology insights and innovations from across the industry. Recently, two of our people shared their passion about the importance of plant life to saving the environment, and how we can learn from the parallels found in nature and software.

Planting Trees To Save The Environment

Kapil, a vice president on the Loans Engineering team in Dallas, recalled moving to Bengaluru in 2001. “At that time, my feelings for Bengaluru could be compared to those of a child’s for Disneyland. It was called the ‘Garden City’ because there were trees lined up everywhere, along all roads,” he said.

Kapil says that he noticed things starting to change in 2006, when trees across the city were being cut down for industrialization and urban development projects. The gradual destruction of Bengaluru’s beautiful green landscape was devastating to witness, according to Kapil, and became a catalyst his taking action. He embarked on a mission to replace Bengaluru’s lost greenery by planting saplings across the city. What he initially pursued as a weekend activity— planting saplings in his free time—eventually became a passion. Kapil has now planted over 600,000 saplings across India.

In 2007, Kapil founded SayTrees, an NGO dedicated to saving the environment and making the city greener and to communicating the importance of greenery across communities throughout India. His initiative continues its mission of reforesting rural areas, not only by supporting environmental revitalization but also by helping farmers procure fruit from saplings to sell and create income. Today, SayTrees supports 850 farmers across India.

Ultimately, Kapil hopes to plant hundreds of thousands of acres of forest land by 2030 to help ensure exponential results. By engaging more people and organizations and he is aiming for a ten-fold multiplier effect of today’s efforts in order to reach the 2030 goal.

“Climate change is very real and we must act now,” Kapil said. “It is important that we take steps to preserve the environment, whether that involves planting a tree in your backyard, reducing your water waste or volunteering for an organization like SayTrees. I can ensure you that these small steps will lead to big change.” 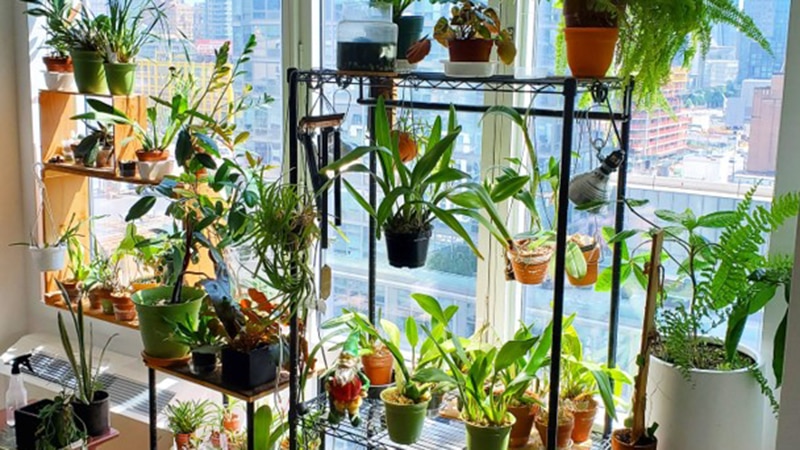 Chris, an associate on the Developer Relations team, says nature is not something to be passively looked at—it can be studied for helpful clues and lessons. Outside the office, Chris can be found at the New York Botanical Gardens as a professor, and also is on the Board of Manhattan Orchid Society.

Chris sees the parallels between “debugging” and troubleshooting in plants and software. He says there are many similarities between plants and machines: complex genetic interactions within the plants are logic driven, similar to that of coding logic. Both take inputs to create outputs.

In software, engineers take multiple complex inputs, then crunch the data and get a result. Plants do this, too, by taking in light, minerals and water, and make fragrances, proteins, and complex molecules through very complex series of “runtime” events. Plants and software alike can suffer from user error—as we all know from inadvertently over-watering a houseplant. The truism is that growing conditions are dependent on the growers themselves. Similarly, any software build and its run environment are dependent on the developer. Ultimately, troubleshooting plants and software require care, nurturing, development—and a logical way to assess progress, and to correct.

“Nature definitely inspires us and teaches us how to think,” says Chris. 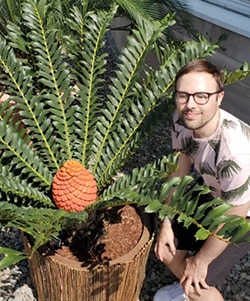 Discovering issues within code is a complex puzzle. Is it an error in the syntax? Are there runtime errors or logic errors? The same can be said of plants, Chris says. Is there an issue with the plant’s genetics (syntax)? Is it growing at the expected rate (runtime)? Why won’t the plant fruit (logic)? Luckily, both plants and software are logical, and flow charts can be made and followed to cure them. While it’s obvious that neither plants nor software can talk, Chris says  analytical clues are essential to debugging. Often a symptom has multiple causes, and developers—yes, and botanists—can use clues to get to the root of the problem. There are times where just one symptom leads to another and can have unintended downstream effects—like a JS error, or, in plants, rotting roots that cause dying leaves.

“Plants, and nature in general, can teach us to think in a logical progression and to be creative about problem solving,” says Chris. “The same skill set I use to understand the software development lifecycle is often applied in my plant care routine and studying the plant lifecycle.”

With a little troubleshooting, our plants, and our planet, can all grow better and be part of a greener revolution.