Each year, Goldman Sachs Engineering in Salt Lake City awards three students enrolled in the University of Utah’s School of Computing a $5,000 scholarship in recognition of their academic achievement and to support their research efforts in conjunction with their degree requirements, a testament to the way Goldman Sachs is committed to inspiring and supporting promising scholars in computer science.

In honor of this year’s Computer Science Education Week, we are proud to introduce the recipients of the firm’s computer science scholarship—Koriann South, Sona Torosyan, and Jaecee Alice Naylor—and share more about the work that makes them stand out. 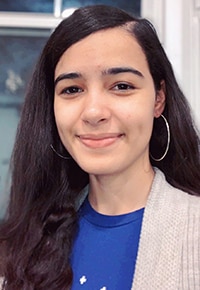 Kori’s pursuit of the Goldman Sachs scholarship was inspired by a fellow resident assistant at the university; after seeing an internal announcement in the computer science building showcasing her coworker’s award, Kori decided to submit her own application for the next year. “She was so successful, and so when I saw the scholarship come up in my searches, I knew I had to apply,” she explained.

With hopes to attend graduate school, Kori is optimistic about the research opportunities she can now explore thanks to the financial benefit of her scholarship. Her ultimate goal is to become a university professor, which is one of the main reasons she’ll be pursuing additional schooling after completing her undergraduate degree from the University of Utah. “I really enjoy working in the computer science industry, but I have passion for computing education,” Kori said. “Although I may explore working for a company that’s focused on education.”

Already hard at work to develop educational materials for fellow students, Kori has spent the past several months working with one of the department’s professors on integrating ethics learning into the university’s artificial intelligence course. “We’ve discovered that many of the programs the university currently uses have unintended consequences that have come out biased, so we’re making it our goal to integrate ethics into the current course materials, which means that students come to the class knowing how to make AI that won’t cause these kinds of problems,” she said.

Kori knows a little about bias herself. She grew up in Jamaica and attended an all-girls high school, where many women express a desire to enter into STEM careers. When she moved to the United States, everything changed. “I was the only girl in the first three rows of my class,” she recalled. “It was a new feeling of isolation to be the only woman in the room.” Kori would love to see more women working in STEM in the United States, as well as more women from mixed and diverse backgrounds, including gender-nonconforming people. 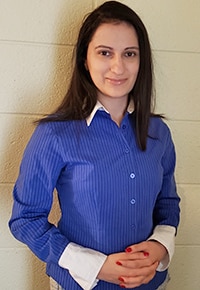 Like Kori, Sona Torosyan arrived at the University of Utah from abroad, and found that the gender dynamics at play in the classroom were a lot different from what she was used to. After completing her first year of school in her home country of Armenia, she arrived in the United States and found herself the only woman in her advisor group. “I definitely think it’s cultural, and I think it’s changing,” she said. “Coming from Armenia which had a 50/50 gender split in my STEM classes, I think America has a cultural stereotype about computer science, but I hope the field will attract more women.”

Sona comes from a family of STEM enthusiasts; her father has a degree in physics and her brother works in the computer science industry. He also has a physics background. After finding a general passion for science after reading an autobiography of Marie Curie as a child, Sona knew her path would be similar. She’s currently enrolled in a combined Bachelor’s and Master’s degree program, where her research focuses on streamlining the university’s language libraries and data structure.

Because she’s been awarded the GS scholarship, Sona’s been able to pursue her thesis project independently rather than relying on a larger team, a prospect that would have been infinitely harder with the COVID-19 pandemic transforming the way students work together. “Because of the scholarship, I don’t have to get a part-time job or split my time between my thesis and a side project; I am able to partner with a professor I’ve previously worked for, which makes it so much easier.” 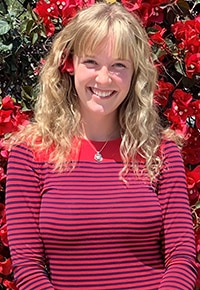 Jaecee began her computer science journey while attending high school, spending her final years as part of a program designed to educate students about computer science. “That really helped me discover that I wanted to be an engineer,” she explained. “I realized I thrive off being part of a community in search of solutions.”

Now that Jaecee is attending the University of Utah, she is engaged in several additional projects outside of her regular school work. A seasoned community volunteer, she has turned her dedication and computer science training to optimizing local California businesses. She explains,

My side project is related to machine learning, graphics, and robotics. My goal is to better understand the development of [particular industries] in California using these techniques. I am learning about data management, machine learning, and artificial intelligence—I have always been intrigued by learning from others, even when I “know” the answer.

Like Sona and Kori, Jaecee has her sights set on furthering her education once she completes her undergraduate coursework. She aims to be accepted to the joint BS/MS program Sona is currently completing, and is also considering working towards an MBA or a juris doctorate after that. When asked about where she sees herself in the future, she says, “In several years, I imagine myself managing my own company or protecting others as a patent lawyer. My current degree provides me with the connections, information and the work ethic I need to explore all of my options.” Regardless of where she ends up, Jaecee sees herself as a life-long champion of others following similar paths. “I plan to always support women in computing,” she said. “I want to inspire high school girls to pursue computing as someone once did with me.”