One-hundred twenty-three student leaders from 32 Historically Black Colleges and Universities (HBCUs) across the US convened at the firm’s headquarters in New York recently for the 2nd annual Goldman Sachs HBCU Leadership Summit. HBCU students joined Goldman Sachs professionals for a three-day event focused on skills-building, networking and exploring what it means to be a leader. Check out some of the highlights from this year’s summit. 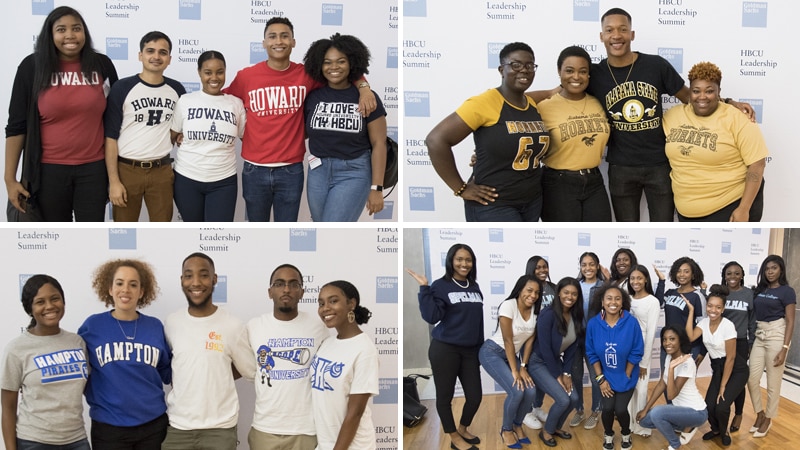 For the opening reception, participants wore their college gear as they networked with each other and Goldman Sachs professionals.

Head of Human Capital Management, Dane Holmes (above), advised students to “show up with the energy you want people to bring back to you” in his session moderated by Jason Mathews, a managing director on the Equity Derivatives Sales desk. “Seeing black leaders in a variety of roles across the firm has changed my perception of Goldman Sachs. It has deepened my desire to work here,” said a participant at the summit. 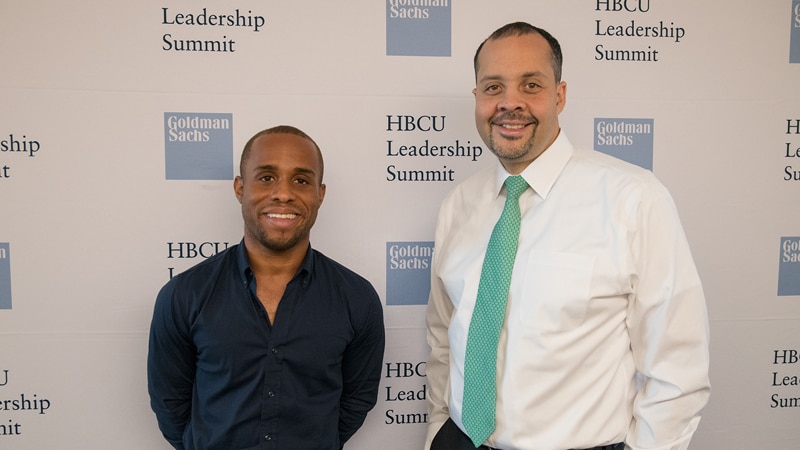 Students heard from distinguished speakers, including Christopher Gray, Founder and Chief Executive Officer of Scholly, a mobile app which has helped students find more than $100 million in scholarships for higher education. Gray discussed the intersection of social entrepreneurship, tech and diversity and his journey from ABC’s Shark Tank to being awarded the 2016 Smithsonian American Ingenuity Award. 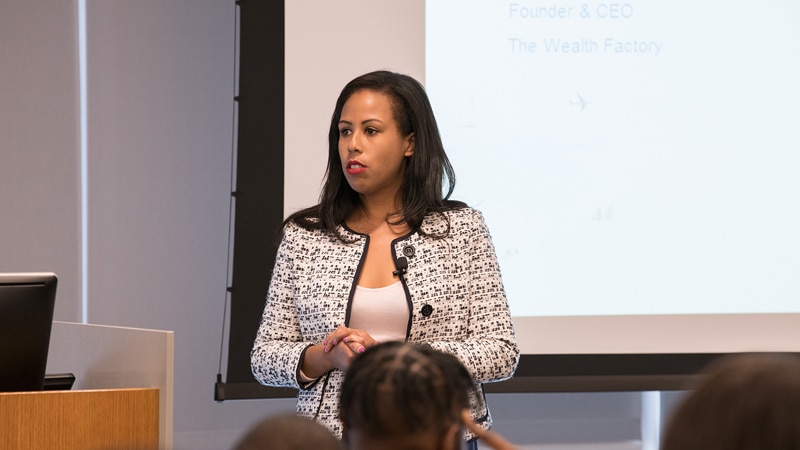 Students also enjoyed a keynote speech from Angel Rich, Founder and Chief Executive Officer of the Wealth Factory, an education platform with 12 interactive modules on financial literacy and workforce development. “There is no better way to learn the markets and hone your investing skills,” said Rich on how her early career in financial services laid the foundation for her to develop and secure funding for the platform. 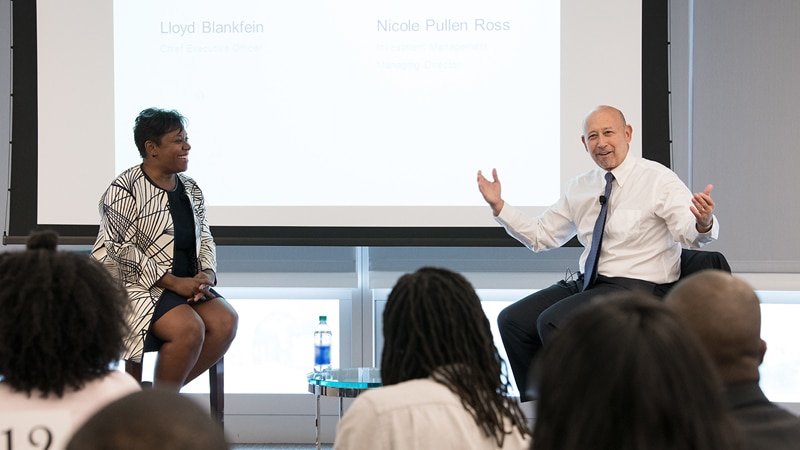 Lloyd Blankfein spoke to the students at a fireside chat about his career path and the responsibility of leaders to attract, retain and motivate people from many backgrounds and perspectives. “During my time as CEO, I spoke on issues on diversity and immigration because they are important to me and because they affected the business and people of Goldman Sachs. It would have been a dereliction of my duties not to speak up,” Blankfein said. 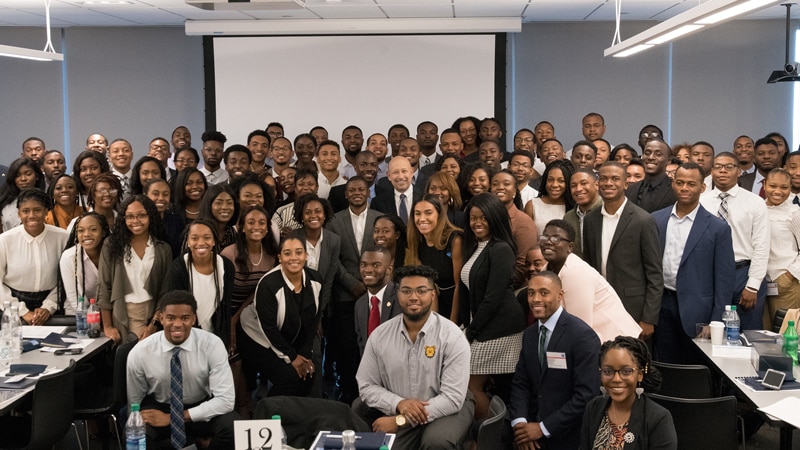 The HBCU Leadership Summit is one of many of the firm’s exploratory programs where students can learn more about careers at Goldman Sachs and the industry. Students interested in programs like this should refer to our Program Finder.