How We Celebrated Veterans Month: A Look Back

Veterans Month, celebrated in November in the Americas and EMEA, honors the service, sacrifices, and contributions of veterans and their families. The Veterans Network, one of the firm’s employee inclusion networks, sponsored a series of events to recognize Veterans globally. 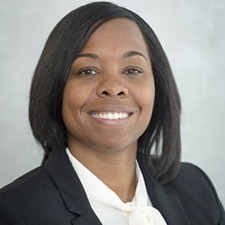 Programming kicked off in the Americas with a conversation between Brenda Grubbs, head of the Controllers team in Dallas, and Renee Greene, a vice president in the Global Markets Division and US Army veteran.  Renee candidly shared her personal and professional experiences as a diverse woman veteran and encouraged veterans in the professional world to build connections with their teams outside of the office to form a similar comradery present among military units. Renee also discussed how she leverages her military training on adaptability and embracing challenges to create a culture of leadership accountability among her team in the work place. 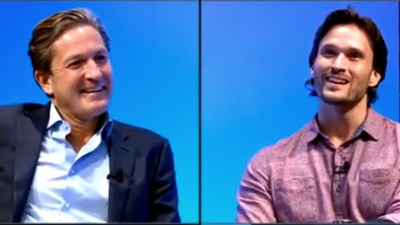 Additional programming throughout the month included a conversation with Author and Team Rubicon Co-Founder Jake Wood. Gregg Lemkau, co-head of the Investment Banking Division and global executive sponsor of the Goldman Sachs Veterans Network (GSVN), moderated a discussion with Jake Wood on responding to crisis. Wood is the co-founder of nonprofit Team Rubicon and recipient of the 2018 Pat Tillman Award for Service ESPY. The first 100 participants who registered for the event received a free copy of Wood's newly released book, Once a Warrior: How One Veteran Found a New Mission Closer to Home. Another author, Mike Durant was featured later in the month. Mike Durant, President and CEO of Pinnacle Solutions, is also the author of The Night Stalkers and In the Company of Heroes, a New York Times bestseller. Durant discussed his role as a US Army helicopter pilot in the Battle of Mogadishu, the inspiration for the Academy award-winning film Black Hawk Down.

In the Americas, the month concluded with a conversation with CEO of SoFi Anthony Noto, who graduated from the United States Military Academy and previously served as a managing director in the Investment Banking Division.  Noto provided his insights on success and leadership and emphasized a strong commitment to integrity, hard work, and accountability. When asked about lessons learned, Noto encouraged participants to remain curious and challenge ideas, even those posed by experts, who are still capable of making mistakes. 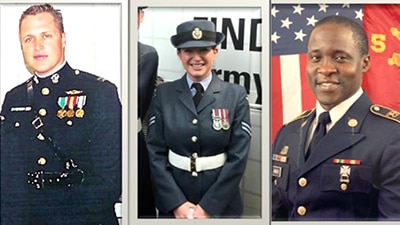 Beyond the shared programming, the Americas Network recognized veterans on the firm’s internal Inclusion and Diversity site where they shared images of Goldman Sachs colleagues and their family members serving their country. 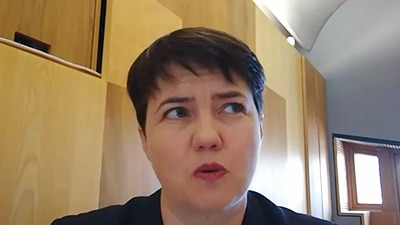 In EMEA, Veterans month kicked off with a pre-recorded panel discussion on mental health, moderated by Ruth Davidson, Member of the Scottish Parliament (MSP), in partnership with the Firmwide Black Network and the LGBTQ+ Network. Ruth took us through her own mental health journey and called upon a panel of experienced practitioners in the field of Mental Health to talk through their experiences and offer guidance. One of the panelists was Jonny Ball, UK Armed Forces veteran and founder of not-for-profit CampaignForce, which empowers people from the military community to serve in public life through training and coaching. Ball emphasized the importance of corporate organization to leverage mental health strategies from the Armed Forces community and their lived experience of working under stress. 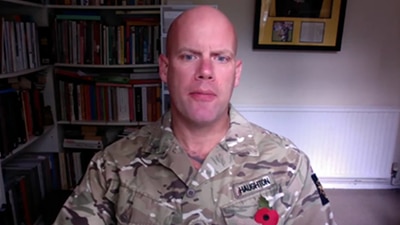 Notable programming in EMEA also included a panel event on the strategic and tactical support provided by the military to the UK in its response to COVID-19. The session was moderated by Glenn Haughton, former British Army Sergeant Major and current Senior Enlisted Advisor to the Chiefs of Staff Committee and trustee to the Army Benevolent Fund. Veterans on the panel included James Calder, ex Territorial Army, NHS Consultant Surgeon, ex Senior Medical Officer 21SAS, and Clinical Lead at the Nightingale Hospital; Bethan Canterbury, ex RLC Colonel and Director of Strategy & Operations of RE:ACT, a charity responsible for recruiting and deploying over 6,000 veterans to assist with the pandemic response; and Paul Taylor, ex Warrant Officer with the Royal Regiment of Fusiliers, who coordinated front line teams in testing stations and COVID mortuaries. When describing the unique contribution that serving and veteran military personnel bring to responding to crisis, Bethan Canterbury highlighted the following, “We do high tempo, we do complex, we do demanding - there is that mental and physical resilience. A lot of the values that are instilled in you in military service, still count, that commitment to doing the right thing, that loyalty, collaborative spirit, that’s all still key to crisis response.”

In alignment with the firm’s commitment to philanthropy, both networks engaged in charitable efforts among their respective regions. In collaboration with the charity Heropreneurs, the EMEA veterans network ran virtual ‘Dragons’ Den’ Community TeamWorks events through the year. During these sessions, a Heropreneurs sponsored ex-military entrepreneur pitches their business to a panel of Goldman Sachs employees, who provide mentoring and advice. The EMEA Veterans Network also participated in the annual Poppy Appeal, historically the largest cash street collection of its kind in Europe, raising more than 30 percent of the funds used to provide support for the Armed Forces community. Despite the challenges presented by the virtual landscape, the Network is pleased to share that the current total funds raised for this year’s London Poppy Day is now sitting at over £118k, with this figure expected to increase by over £10k thanks to some generous corporate donations across EMEA. The Americas Veterans Network also invited their members to participate in virtual Community TeamWorks projects with the Posse Foundation and Operation Gratitude in support of veterans. 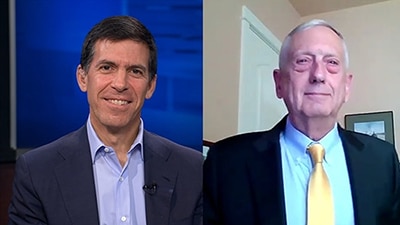 Also be sure to check out our Talks at GS with former US Defense Secretary General James Mattis, who gave his assessment of the global response to the pandemic, the state of the geopolitical landscape, and why alliances are critical to US national security.