Jo Hannaford, a partner in the Engineering Division in London, speaks about the need to nurture female STEM talent in recognition of British Science Week. 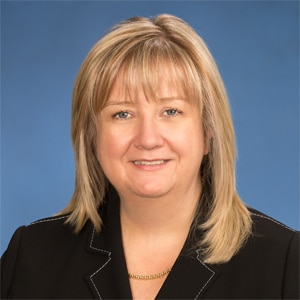 I began my career as a software engineer 25 years ago. During this time it has become evident that the economy is increasingly reliant on the depth of technical skills. Just think about where the large number of start-ups are finding their developers from. I’ve reached a stage in my career where I feel greater responsibility for developing a stronger pipeline of technical opportunities for women. We know that few women consider a career in technology – so we can solve the technical skills shortage by focusing on gender diversity questions.

The problem doesn’t begin in the workplace; we need to impress upon young women the importance of studying and pursuing Science, Technology, Engineering and Maths (STEM) subjects. At Goldman Sachs, as part of our European Women in Technology (EWIT) agenda (a network founded by myself and my female colleagues 15 years ago), we invest time in supporting initiatives such as the Girls in IT programme which aims to promote and socialise the variety of technical opportunities available to girls. Additionally, the work I am involved in as a Women in Science and Engineering (WISE) board member, builds on our desire to provide greater access to women in STEM role models. The ’People Like Me’ programme introduces young women to opportunities they may not have known existed, and works to empower them with the tools to forge their own career in technology.

I recently became involved in a project called Go-Girl, run by Oxford University in collaboration with Oxford’s County Council, which teaches young women from disadvantaged backgrounds how to code. Through the Goldman Sachs Gives scheme and in collaboration with some of my colleagues, we will launch a pilot this year targeting 25 young women living in social housing in Oxfordshire, and introduce them to website and app design, as well as computer game design and coding. The project aims to break down barriers and open up opportunities for women to learn skills that many had thought were unattainable. One of the conclusions from the course pilot is the surprising degree of confidence developed during a short space of time by the girls – this has been attributed to having obtained a skill set that seemed unattainable.

Last year I became closely involved with Bletchley Park, the site where the German enigma code was cracked during the Second World War and the birthplace of modern information technology. It is particularly significant that during the wartime period, thousands of women were hired as codebreakers and by 1945, 75% of the staff of Bletchley Park were women. Through partnering with the Trust, we have funded a full-time education officer for the Bletchley Park Education Programme which targets disadvantaged schools from across the UK and introduces students to mathematical encryption, encoding techniques and code breaking skills. Soria, a year 10 pupil, said: “I was so excited I couldn’t sleep the night before. It was incredible and we are so lucky. I would love to have a job like this.”

Developing our female programming talent is a top priority for Goldman Sachs. I was in a meeting recently with some senior female technologists who were discussing the difficulties faced by many highly skilled women to find suitable employment after being out of workplace for a longer period of time. After some research I realised there are some fantastic return to work programmes for adult women, but few reskilling programmes. Working in conjunction with the Chancellor of the Open University we have formed a partnership to create a virtual course specifically for women to either return to careers in technology, or offer an alternative for women who may have a desire to change career directions. We designed the programme specifically to increase the accessibility of programming with the goal of participants becoming java certified developers over an 18 month period.

I feel very fortunate to have worked for a company that has invested in my engineering skills and provided me with amazing opportunities. My goal is for more women to realise how creative and enjoyable a career in programming can be as well as lower the barrier to entry for greater populations of women who may never have considered it as a possible career for them.