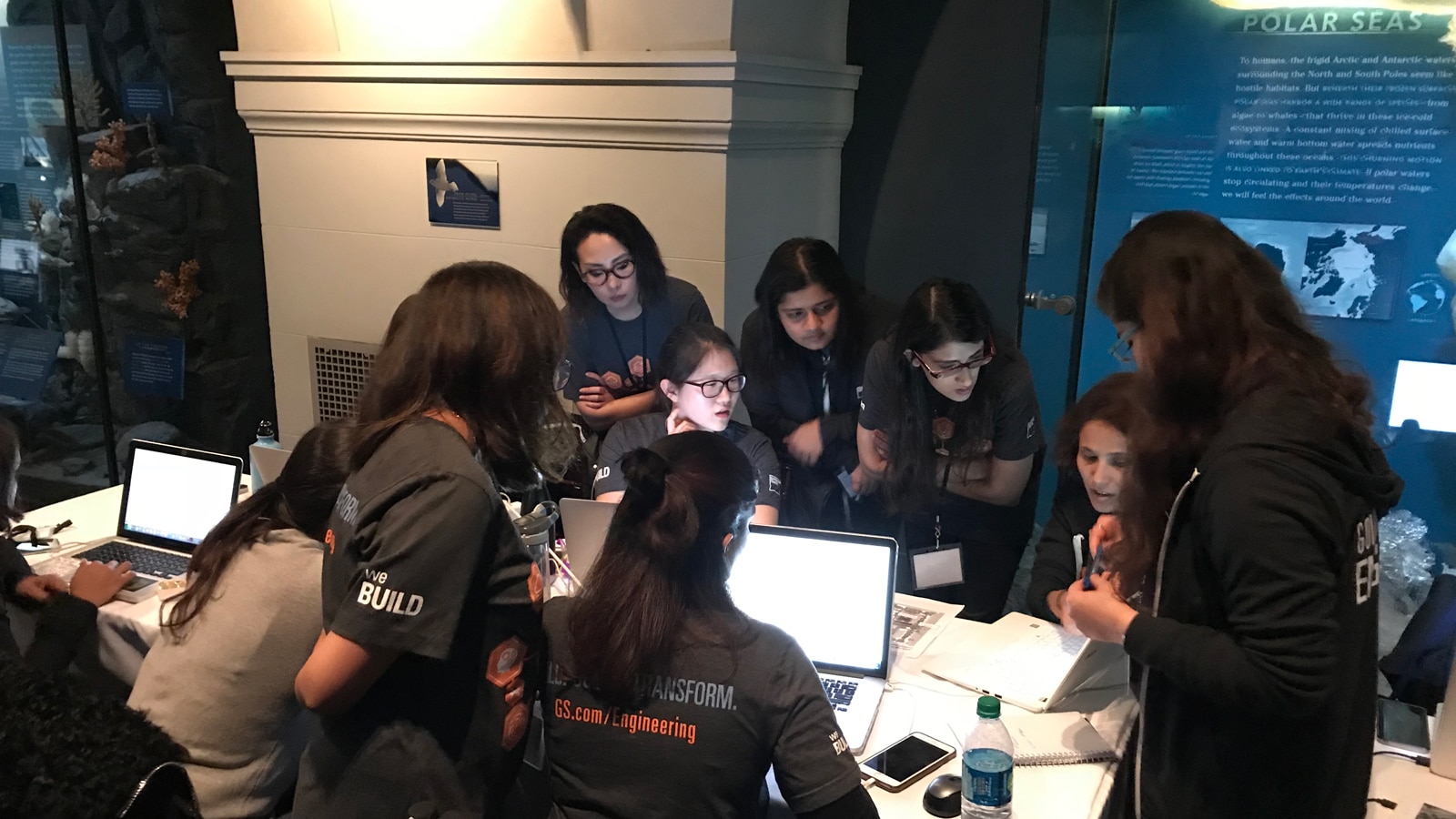 Deep into the night last weekend a group of twelve women engineers from Goldman Sachs’ Technology Division participated in the fourth annual “Hack the Deep” hackathon at the world-famous American Museum of Natural History in New York.

The GS engineering team wrote code to solve problems facing scientists at the museum, joining twenty other teams from companies across various industries to help scientists focus on discovery and education by streamlining data collection and processing. The highlights from the weekend were:

Friday Night: Inspiration from a Museum Scientist
The 12 members of the Goldman Sachs team arrived at the museum for an evening orientation, where they were introduced to the hackathon’s various challenges. During a tour of the museum, they met Christine, a scientist working in the Oceanic Collections. She explained her challenges maintaining the collections’ data, which had become very labor intensive, thereby reducing how much time she had to tend to the collections themselves. They saw that many of her tedious tasks could be simplified with just a bit of engineering.

“Meeting the scientist brought the whole thing to life,” said Rebecca, an associate in Engineering. “It was so rewarding to see the impact we could have on their day-to-day lives.” 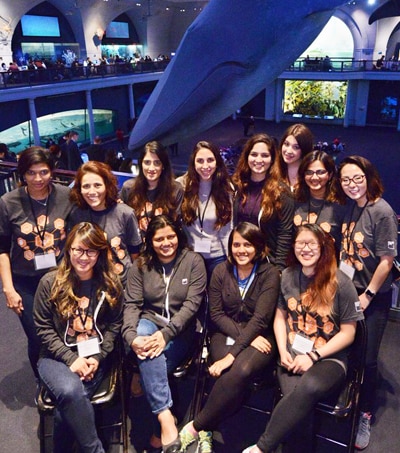 Saturday: Diving Into Data Organization
After talking with Christine, the team identified solutions to simplify tasks like data clean up, and give her more time to spend on the collections. They began coding Saturday afternoon and worked through the night.

“It was amazing to see people quickly gravitate toward the various functions that interested them,” said Elizabeth, a vice president in Engineering. “It was so collaborative, and everyone shared documentation, data processes, coding tips and more.”


Sunday: A Winning Weekend
By Sunday, the team had developed a working prototype that took inputs from an unwieldy Excel sheet, and processed the data into a clean, easy-to-read document featuring user-friendly search and visualization tools. Their web app used React for the front-end stack, and python for services. The data layer leveraged Elasticsearch, a distributed search engine for storing and querying data. 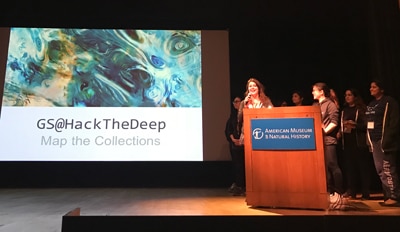 Coding ended at lunch time while the hackers prepared for presentations. Each team presented its project, addressing the nine challenges shared by the museum. The Goldman Sachs team won the award “Why Didn’t I Think of That?” –one of four awards presented at the hackathon.


The event was organized by the museum’s BridgeUP: STEM, a series of educational initiatives focused on the intersection of computer science and science.