In celebration of Pride Month 2019, Goldman Sachs sponsored events around the world with the theme of “Progress” to highlight society’s LGBT+ leaders as well as those who have contributed to the firm's success.

This year had special significance with the 50th anniversary of the 1969 Stonewall Uprising in New York City, widely regarded as the seminal event that led many to a path of advocacy for Lesbian, Gay, Bisexual and Transgender civil rights. 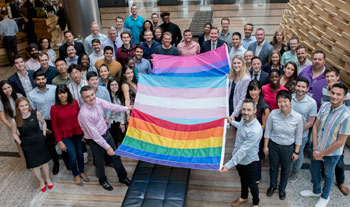 Diversity and inclusion is part of the fabric of the culture at Goldman Sachs. The strength of the firm—the execution of our strategy and its relevance to clients—depend on a truly diverse workforce and inclusive work environment. We have long believed in the importance of our people feeling valued, and we embrace our differences—whether it be race, ethnicity, gender, sexual orientation, disability—or any other facet of identity that contributes to who we are.

When we unite around a common goal, we make progress together. And while there’s more progress to be made for members of the LGBT+ community and women, people of color, and other intersectional groups, it is important to reflect upon the progress we’ve already made.

Below are the highlights from our events during Pride Month 2019: 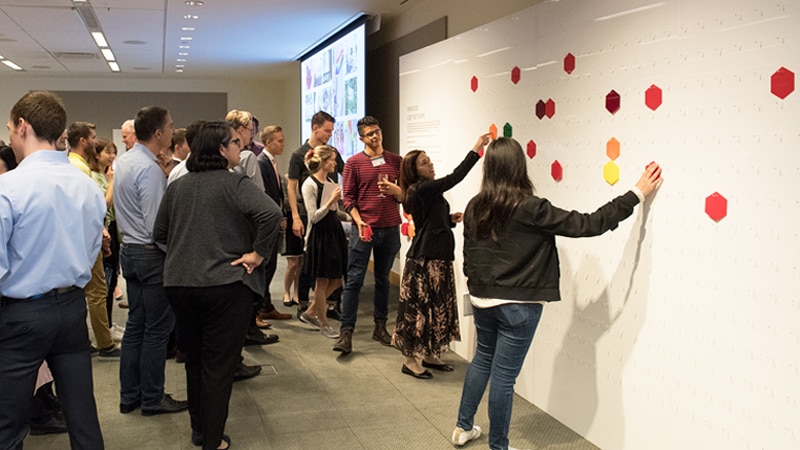 We kicked off Pride Month in New York with a celebratory reception and a contribution to an interactive installation highlighting diversity and intersectionality. Participants were asked to select colored tiles, representing their personal connections with the LGBT community, to create a mosaic which sought to visually mark how the community touches us all. 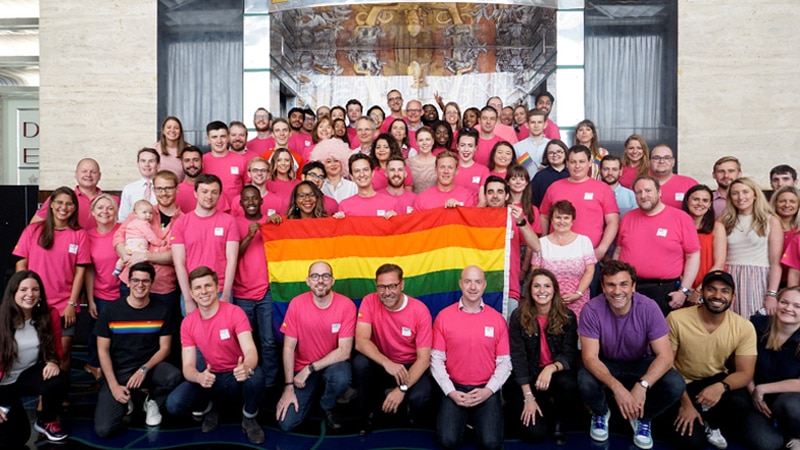 The LGBT Network in Europe celebrated Pride Month and the 50th anniversary of the Stonewall Uprising with a distinct splash of color. Dubbed ‘Rainbow Friday’, colleagues in our London office wore pink and rainbow colors in support for LGBT+ co-workers, friends and family.

Over 300 Goldman Sachs people, friends and family marched in the Utah Pride Parade which had an attendance of 60,000. Through the firm’s Community TeamWorks initiative, our people helped the Utah Pride Center set up for the two-day event and staffed festival booths for community partners. 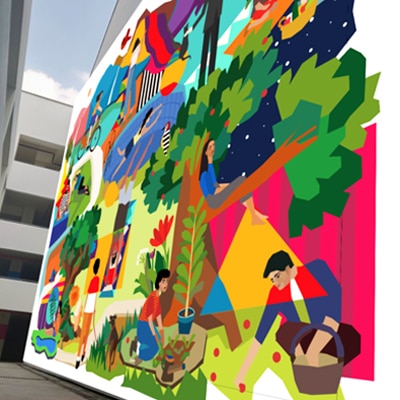 A four story mural painted by the Aravani Art Project was unveiled at our new office in Bengaluru. We are proud to support the initiative’s mission in demystifying transgender stereotypes and breaking barriers through art. The wall features images of how people spend their time away from the office, highlighting the importance of enjoying each moment in life. 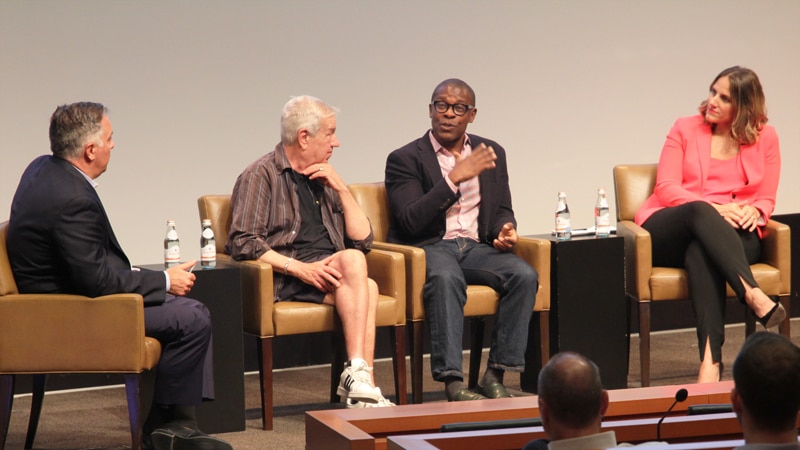 To commemorate the 50th anniversary of the Stonewall Uprising, the firm hosted Glennda Testone, Executive Director of the LGBT Community Center of New York City, William Floyd, Director of Public Policy for Google in New York, and Martin Boyce, a Stonewall veteran, to discuss the importance of preserving LGBT history. Their project, Stonewall Forever, is a digital memorial of the events of late-June 1969, preserving and sharing LGBTQ history for a new generation. In a panel moderated by Michael Paese, Goldman Sachs’ global co-head of the Office of Government Affairs, Martin regaled the audience with a vivid account of what it was like on the night of the uprising, and Glennda and William discussed their work to support intersectional members of the LGBTQ communities. Former professional football player and author of Alone in the Trenches: My Life as a Gay Man in the NFL, Esera Tuaolo, joined Lindsay Drucker Mann, head of Consumer Retail Equity Capital Markets, for a Talks at GS. Tuaolo, an outspoken advocate for LGBT rights, discussed his experience coming out after nearly a decade of playing for various teams in the NFL — the third player in the league to come out. During the conversation, Esera also spoke about his singing career, where he notably appeared on NBC’s The Voice as well as Hate Is Wrong, the organization he launched that is dedicated to fighting bullying among youth and fostering diversity in sports.

Through Goldman Sachs’ Community TeamWorks initiative, our people helped with production and logistics for the San Francisco Community Health Center Pride Stage that supported 15 performing acts throughout the weekend.

Along with their family and friends, more than 200 Goldman Sachs people joined 115,000 LGBTQI+ participants, allies and advocates from all over the world to celebrate the NYC Pride March.