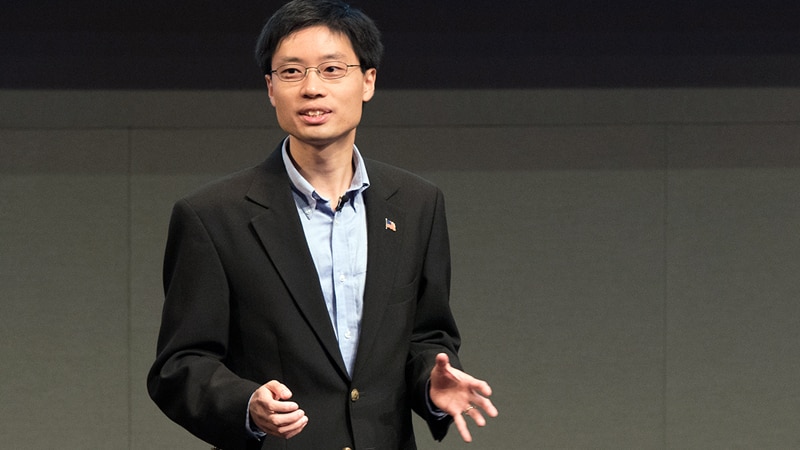 Po-Shen Loh, a professor of Mathematics at Carnegie Mellon University, spoke with Goldman Sachs engineers at an event held in the firm's New York headquarters on September 13th. In his talk, Professor Loh emphasized the importance of innovation and passion for building a successful and fulfilling career.

The term “moonshot” was used by Professor Loh throughout the talk, to summarize the mindset of aiming for goals that are difficult but not impossible.  According to Professor Loh, the term originated from remarks by President John F. Kennedy about the US space program in its early days, and he quoted the president: “We choose to go to the moon in this decade not because it is easy, but because it is hard.” Successful people should strive to achieve goals that are not impossible – but close to impossible, the professor explained.

Professor Loh, the lead coach of the United States National Math Olympiad team since 2013 and previously a member of the team, led the team to back-to-back wins for the first time in the Olympiad’s history.

The professor advocates for setting ambitious goals in both academic and professional environments to foster a culture of innovation and entrepreneurship – a practice that is already commonplace in the world of sports. For example, he noted that students and professionals should push themselves to solve mathematics and engineering problems in the same way that athletes push themselves physically.

“See how much you can do,” Professor Loh said, emphasizing the importance of pursuing the seemingly impossible. He encouraged participants to approach their work with passion, and shared some of the things that help keep him motivated in his career: people, challenges and analytical thinking.