Culture and Diversity
Our People
Pride

In this Q&A, we catch up with Michael Paese, Denis Coleman and Mike Zlotnik, regional heads of the Goldman Sachs LGBTQ+ Network in the Americas and EMEA, who share a bit about their backgrounds and career paths, goals for the Network, and how it has helped our people at the firm as well as the broader community.

Tell us a little about yourself and your career path. 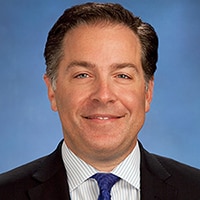 Michael: I’m currently the global head of Goldman Sachs’ Office of Government Affairs and head of the Americas LGBTQ+ Network. I started at the firm in 2009 and was named partner in 2016. Before Goldman, I was in charge of the global advocacy strategy at SIFMA, where I was responsible for global legal, governmental, and legislative affairs and advocacy initiatives. Prior to that, I was Deputy Staff Director of the US House Financial Services Committee under Chairman Barney Frank and I also had joint responsibility for Committee policy related to the banking, securities and insurance industries. Earlier in my career, I worked at Mercantile Bank where I was executive vice president as well as chief administrative officer.  Before joining Mercantile, I was Senior Minority Counsel with the House Financial Services Committee. I also held positions at JPMorgan Chase and was an associate at Davis Polk & Wardwell with the financial institutions practice (focused largely on Latin American capital markets issues). 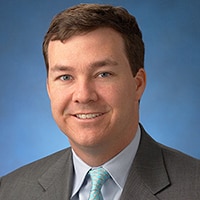 Denis: I joined Goldman Sachs in 1996 as an analyst in New York, spent time across both the FICC Division and the Investment Banking Division (IBD), and currently serve as co-head of the Global Financing Group in IBD based in London. In addition to working alongside Mike and Michael as an ally and co-head of the LGBTQ+ Network, I am involved in various committees including the European Management Committee, Firmwide Capital Committee,  and EMEA Inclusion and Diversity Committee. 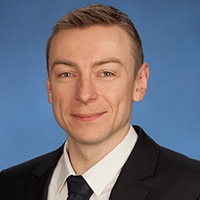 
How would you describe the role of the LGBTQ+ Network and how has it helped our people?

Michael: Our LGBTQ+ Network, one of the first ones in Wall Street, was established with the aim of driving impact through the power of diverse perspectives, ensuring all LGBTQ+ individuals thrive at Goldman Sachs, and contribute to moving our firm, communities and industry forward. Over the years, the Network has highlighted and raised awareness for our employees and clients on multiple LGBTQ+ issues, such as inclusion at the workplace, same sex marriage in the US, anti-LGBTQ+ rhetoric in a number of jurisdictions where we operate, and we have championed and driven LGBTQ+ inclusion both internally and externally through best practice sharing and community support. However, most importantly, we have helped our community and its allies to connect, learn from each other, share thoughts and perspectives, and we have supported our members whether it is through their coming out journey, helping them support their families and friends, expanding their networks, and being there as a resource that they can always use.


What has been the best, or most impactful, part of being involved with the Network?

Denis: As someone who cares deeply about the people and culture of Goldman Sachs I have found the Network to be passionately engaged in making Goldman Sachs an employer of choice where anyone can feel comfortable to bring their entire authentic self to the workplace. The simple but best aspects of leading the Network are the many individuals I have met who have reached out sincerely appreciative of the efforts and grateful for Goldman Sachs’ unwavering commitment to build and nurture a truly inclusive environment.


How is the firm recognizing Pride Month across EMEA and the Americas?

Mike: Like every year, we have a suite of offerings ranging from keynote speaker events to a cook-along, trivia night, singing and more.

This year we are very excited about our events. In EMEA, we will be hosting conversations with Tan France, member of the Fab Five from the Netflix show Queer Eye; Nicola Adams, OBE and Olympic boxing champion; and Thomas Hitzlsperger, ex-footballer in the German Bundesliga and the first professional football player in Germany to be out. We will also be hosting a number of virtual networking events, given the pandemic situation across EMEA. However, this is allowing us to connect the community across offices, so we are looking forward to being able to connect with more people celebrating Pride across Paris, Frankfurt, Warsaw and other locations. We also recognize that Pride is not only a celebration but also a month to raise awareness of the issues the LGBTQ+ community continues to face, so we will be offering resources to learn more about how to be an effective ally and educate yourself on these issues.

Michael: In the Americas, we will be hosting a conversation with Alphonso David, President of the Human Rights Campaign, on the unprecedented number of bills targeting transgender people and youth that have been introduced in state legislatures, as well as their intersectional impact. Throughout the month there will also be networking opportunities for the community to connect through events like our LGBTQ+ trivia night, where employees from across the region will compete to represent the Americas in the EMEA v. Americas LGBTQ+ trivia night. As well as the panel with Tan France, where employees from both regions will be able to listen in and share their regional perspectives.


Looking beyond Pride Month, what are some key objectives of the LGBTQ+ Network in 2021?

Denis: We focus on LGBTQ+ inclusion all year round and we have a number of key areas we will continue to focus on through the remainder of the year. Firstly, we are expanding ‘Straight Talk’, our LGBTQ+ inclusion dialogues, to all divisions and locations in EMEA as well as piloting it in some divisions in the Americas and APAC. Last year, we were able to reach 1,000 employees in EMEA to participate in these conversations hosted by an MD Ally and an LGBTQ+ employee. The feedback was fantastic and we therefore remain focused on continuing to expand the training over the course of the coming months.

Michael: We are also very focused on our people and talent. We are working closely with HCM to drive a self-identification campaign for our people to understand the benefits of disclosing their personal information in the HR system so that we can use it to develop and make people aware of talent management and progression initiatives – such as our VP Sponsorship Initiative for senior Vice Presidents who are eligible for Managing Director promotion. These are just a couple of examples of some key focus areas, but we also remain close to external events in the LGBTQ+ rights landscape to ensure that we offer the support that our people need across all the locations where we operate.