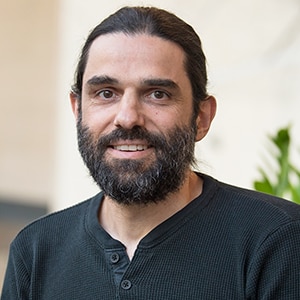 Pierre De Belen is the head architect of Goldman Sachs’ open-source data management platform, Legend, which was recognized by the 2020 American Financial Technology Awards as Best Collaboration Initiative. We spoke with Pierre to learn more about Legend and why it’s considered a game-changer for the industry.

Pierre is a managing director and technology fellow in Data Engineering who joined the firm in 2006. His global Data Platform team is responsible for developing data-centric and user-focused solutions to power the firm’s Data Strategy. We had the chance to talk to Pierre and learn more about Legend, and why it’s a game-changer for the industry.


First, can you tell us about Legend and why it represents a technological breakthrough?

Legend is an open-source data management platform and has been in the making for a number of years within Goldman Sachs. We developed the platform because we’ve seen firsthand the struggle with data silos, duplication, and quality as the complexity of data accelerates dramatically. Legend offers a solution to rapidly growing data challenges by providing efficient and reliable access to accurate, timely, and safe data internally and within the industry. The heart of the platform is Legend Studio, our data modeling environment that allows users to code everyday language, connect disparate data sets, and display modeled data.


What was the driver to creating Legend?

We wanted to specifically tackle the historical divide between business and engineering by making Legend user-friendly and responsive to business terminology. This design allows everyone to be part of the data management process, resulting in more robust and well-rounded outcomes. This is truly a game- changer for non-engineers, who can now intuitively build data queries without knowing any SQL or programming languages. Internally at Goldman Sachs, we were thrilled to see Legend successfully used across teams to scale growth and operate more effectively. After witnessing these results for ourselves, we realized the far-reaching effect Legend could have upon the entire industry. We set out to open source our code with the end goal of elevating the entire financial ecosystem through standardization.

The full potential of Legend can only be achieved through collaboration. Standardization is impossible to achieve by our own effort alone and we’re relying on our peers to come together with us to build the data frameworks of the future. In the long run, we hope that the standards defined in Legend facilitate and streamline data exchanges across industry parties while also greatly reducing the risks that come with those kind of interactions – including our own.


What has been Legend’s impact on the financial industry?

Early on, we partnered with the non-profit FINOS to launch pilot working groups focusing on enhancements to the ISDA Common Domain Model (CDM), which is a blueprint for how derivatives are traded and managed across the trade lifecycle. Goldman Sachs, industry peers, and vendors used Legend to contribute to the CDM without actually writing a single line of code. This is the magic of Legend: it replaces complex code with an intuitive interface that transparently displays and explains changes. Because everyone gets a seat at the table, independent of technological expertise, consensus building significantly accelerates. Just months after open sourcing Legend, we noticed a transformative shift in how industry participants collaborate and agree on trading standards through using the platform.


How did you discover your passion for technology and programming?

I was born and raised in France, where my interest in programming developed very young when my mom bought me a ZX81 computer instead of the Atari gaming console that I originally wanted. I was disappointed at first, but my mom’s decision actually opened a whole new world to me-- the world of programming! The ZX81 lets you program in Basic, and that’s the way I started my programming journey at age eight. At fourteen, I started programming demos on one of the first personal computers, the Amiga – in my view, the most awesome platform ever built. After building 3D engines in many architectures and on many CPUs, DSPs and GPUs, I became interested in meta programming and was inspired to one day build a meta programming platform. This type of programming is a core concept used in the Legend platform.


What do you see in the future for Legend?

With data evolving as an invaluable asset, Legend will continue playing a key role in democratizing access to data, elevating analytics, and facilitating interoperability across the industry. Because Legend’s innovative features can be integrated anywhere, Legend could be a launchpad to influence organizations around the world to harness the real power of data to provide deeper insights, faster innovation, smarter decision making, and scaled growth. Legend is paving the way for consensus-driven standards and governance, aiming to mitigate regulatory and financial risk through systematizing data exchanges and holistically benefitting the financial sector. I see many more standards being created that define how data is exchanged across the industry. Our partnership with FINOS and involvement in their Financial Objects Special Interest Group will continue positioning Legend as a strategic asset to produce these standards alongside our financial peers. A wider adoption of the platform, with even more players in the industry running Legend on their premises, will enable frictionless and safe exchanges of information.