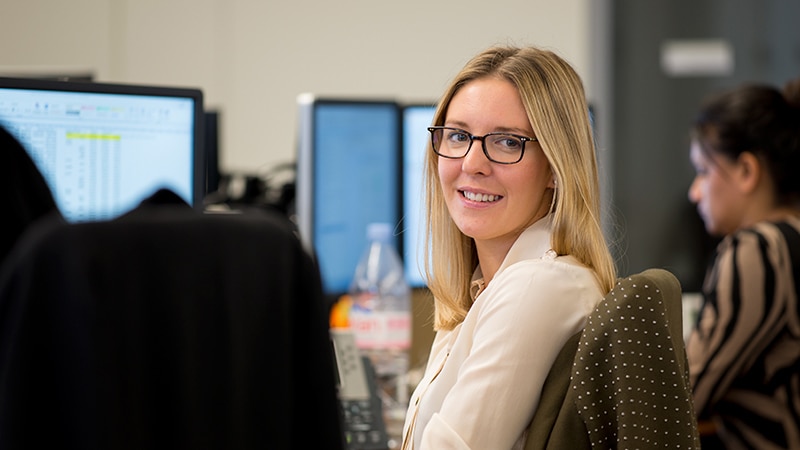 “[In becoming a ski instructor,] I learned a lot about trying to teach people and how to communicate with different audiences.”

I work on the Regulatory Reporting team in Controllers. We are responsible for monitoring and calculating the firm’s capital adequacy ratios, which is the amount of capital that the firm must have on hand to ensure we cover any risk. I work in the team that focuses on market risk. 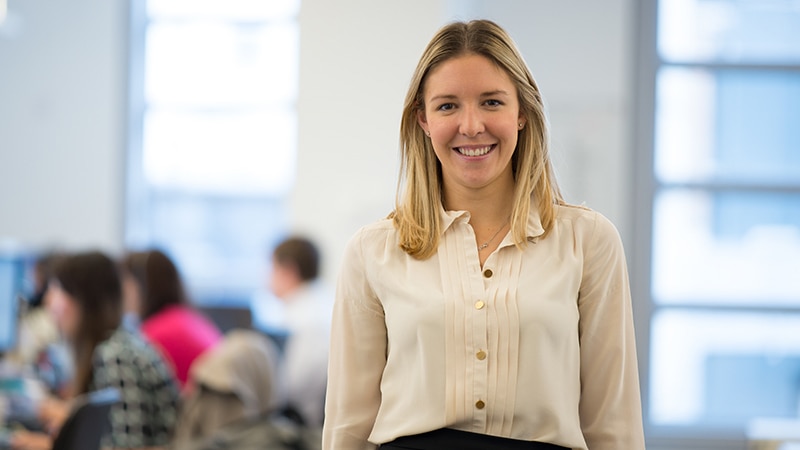 In my role, I help the team look at how adverse movements in the markets may impact the risk profile of the firm at any point in time, and how those movements also affect the balance sheet. I began in the credit risk team (within Regulatory Reporting) and was there for year and a half before I moved to my current role.

I interned with Goldman Sachs in the summer of 2010, with the team I’m with now, and then I joined full-time a year later. I completed the analyst training in New York for about three weeks and I was back in London in August of 2011.

When I interviewed for the internship, I was unsure which career to pursue. After meeting accountants who had worked with the Controllers group, it sounded like an interesting area that would suit my skills. Being analytical, able to process huge quantities of information and isolating the critical data that needs to be examined were two key skills, in addition to having an ability to explain the details to management. Now I regularly go to meetings with managing directors to discuss topics such as our capital ratios and monthly and quarterly returns to the Bank of England Prudential Regulation Authority (regulator). These MDs are interested in the high-level business drivers and not only in the granular information that I work on daily.

My team and the firm have supported my training for my accountancy qualification. I am completing the ACA.

I’m quite into sports and love skiing. Before I went to university I spent four months in France training to become a ski instructor. I learned a lot about trying to teach people and how to communicate with different audiences, skills that have translated well to my current role.

I do off-piste skiing, which involves trekking somewhere and skiing down the mountain. Off-piste skiing can be quite dangerous and you need the right equipment to do it. This includes a beeper so that you can be located in the event of an avalanche, and rucksacks containing massive air bags, which would deploy to keep you floating along the surface.