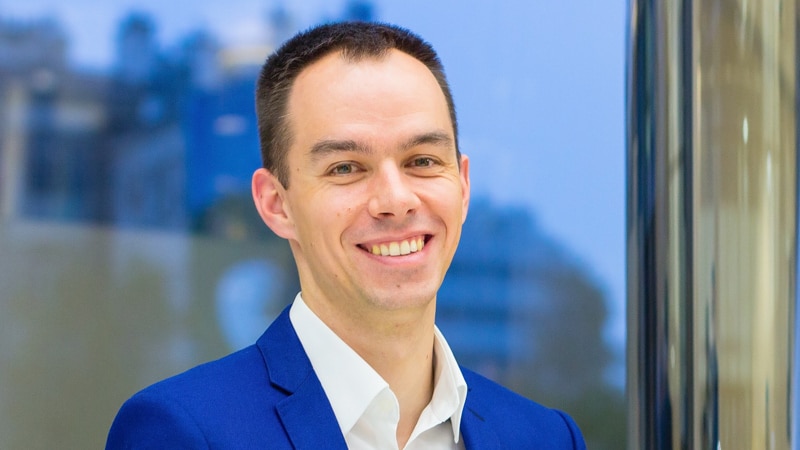 Ever since university, I knew that I wanted to work in banking. At the beginning of my career, I worked as a financial advisor for the largest financial advisory company in Poland, selling mortgage loans and saving, structured and investment products. After a couple of years, I moved to operations at another bank, where my first project involved transitioning capital markets operations from Singapore to Warsaw. I then went on to work with many types of derivatives and foreign exchange products before ultimately joining Goldman Sachs.

The fact that Goldman Sachs was starting operations in Warsaw seemed like a big opportunity for my personal and career growth—coming in on the ground floor was exciting. I learned about the position at Goldman Sachs from a headhunter and agreed to an interview even though I was very happy with where I was. I saw the opportunity as one where I could contribute to a significant project by helping to move the processes we had in London to Warsaw in 2015.

I learned a lot about the firm’s culture during the transition of the settlements process to Warsaw. I went through similar transitions with other firms, where it was all about the process and the mechanics. At Goldman Sachs, similarly, we focused on the exacting details, but many more people were involved in the entire planning and execution. Now that the transition has ended, I’ve maintained close working relationships with many of the people involved in the process. The move helped us to build trust, rapport and collaboration. The concept of networking professionally across the firm with senior people and colleagues around the globe is quite different than my past work experiences and helps to achieve better results for our clients.

I enjoy reading about the global economy, central banks and the history of money. I like to keep up with what is happening in the biggest economies: monetary policies, currency fluctuations, stock indices and commodities. I also like to take care of my garden. I really enjoy making sure I have a perfect lawn and all my trees and shrubs are growing properly. Watching how the plants change throughout the year reminds me how complex and diverse mother nature is and gives me a better perspective of time passing by.