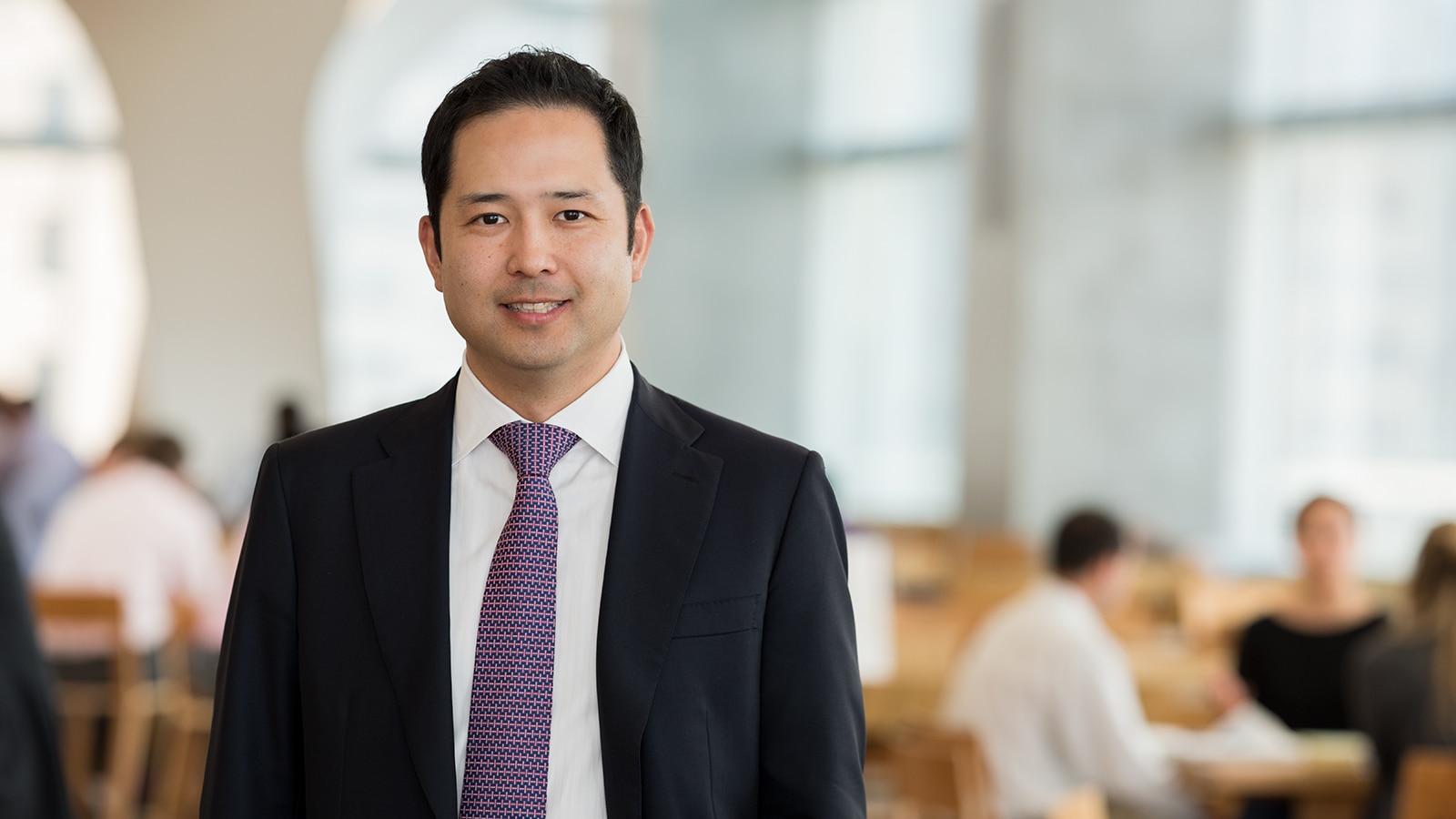 “The role of analyst offers a lot of responsibility—but at the same time, there's a lot of freedom. You own your space, your own industry.”

I was born in Japan and moved to California when I was two years old. I lived in the US in California and New Jersey for eight years before returning to Japan and then attending an international school for high school in the Netherlands. From there I attended the London School of Economics (LSE) in the UK, where I majored in Economics.

After my second year at the LSE, I received a letter from Goldman Sachs Japan saying representatives would be in the London office interviewing students for summer internship opportunities in Japan.  I interned in the summer of 2000 with the Global Investment Research Division (GIR) in Tokyo and received an offer to join full-time in August 2001. After 14 years in Japan, I recently relocated to the firm’s offices in New York.

When I joined the firm I was put on two teams within GIR, helping on the machinery and technology teams. I became the lead analyst covering the semiconductor capital equipment sector in 2007. An analyst covering an industry or those companies within tries to forecast where the industry is heading, and where individual companies are heading, and trying to figure out the potential of every company in the form of earnings estimates. From those estimates, you try to determine a fair price target for the underlying stock. If the current stock price is significantly overvalued, you recommend that clients sell the stock. If the current stock price is significantly undervalued, or the asset is undervalued, you go out with a recommendation to buy. The bottom line is to provide advice to investing clients. To reach any conclusion requires meeting people from companies you cover, competitors, suppliers and customers.

Once you have that idea or a report, you market that report, or your idea, to investing clients, who are located all over the world.  When I was in Japan, I would travel to the US, on average, once every quarter. Traveling is part of the job: I would regularly travel to Europe, Hong Kong, Singapore and China as well, both for client marketing and due diligence purposes. The role of analyst offers a lot of responsibility—but at the same time, there's plenty of freedom. You own your space, your own industry. You can go out and do your fieldwork. As long as it is relevant and valued by your customer base, you pretty much decide what to do and when to do it. You can spend your day gathering information, analyzing collected data, writing up reports, marketing investment ideas to investing clients or all of the above. It's your franchise, and you own it.

After my predecessor became the head of the Tokyo GIR office, I became the senior analyst of the team in 2009. I was promoted to managing director in 2012 and was co-head of the Asian Technology team until my relocation to New York in 2015. In that role, I was guiding analysts in Taiwan, Korea, and in China, in addition to the team in Tokyo—about 15 to 20 people in all. Currently in New York, I lead the semiconductor and semiconductor capital equipment research effort, with a coverage universe of a dozen companies.

Clients often tell me that Goldman is one of the few firms that has connectivity on a global basis internally, which allows us to better connect the dots when it comes to analyzing companies and industries. Teamwork is critical to our culture at Goldman and within GIR. For example, our global team has regular calls, where we share information and discuss potential investment ideas. In the technology space, it is critical to understand what is happening both upstream and downstream. By holding regular conversations, I believe we, as a collective group, are in the position to make well-informed decisions, which hopefully in turn help our clients

I have found that no one at the firm is happy halfway— it's always 100 percent, if not 120 percent effort. You're surrounded by people who work extremely hard, and who respect you for what you do. I think if you're looking to strive in any position, whether it is within GIR or anyplace in the firm, there’s the support, resources and platform for you to do great work. If you work hard and deliver good results, opportunities arise and you can grow and take on more responsibilities.

I love to travel and have traveled throughout my life. I enjoy meeting new people and encountering new cultures—I love trying new things. Now that I'm back in the US, I look forward to travelling through the Americas, and also Europe, with my family.