The following email was sent to all Goldman Sachs people today:

We are pleased to announce that Marco Argenti will join Goldman Sachs as a partner and co-chief information officer, and Atte Lahtiranta will join the firm as a partner and chief technology officer. In these roles, Marco and Atte will work closely with George Lee, co-chief information officer, in advancing our engineering strategy to deliver differentiated and innovative technology and data solutions to our clients.

Technology will only continue to shape markets, and digital platforms that seamlessly integrate execution, analytics and content will increasingly define how our clients choose to transact. Our ability to attract and enable world-class talent is critical to the execution of our client-led strategy, which is focused on growing our franchise as well as new businesses. With the excellent work already under way across the organization, the firm will benefit significantly from the considerable experience and best practices that both Marco and Atte bring in cloud computing and core engineering. 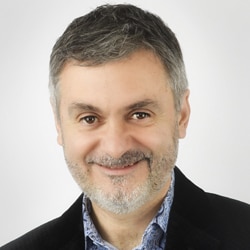 Marco brings more than 30 years of technology experience to the firm, having started his career as an entrepreneur and later assumed several management positions. He joins Goldman Sachs from Amazon Web Services (AWS), where he has served as vice president of technology since 2013, overseeing all aspects of the product lifecycle of Cloud Services, including strategy, business planning and developer engagement, and leading several AWS technology areas, such as mobile, serverless, Internet of Things, messaging, and augmented and virtual reality.

Previously, Marco spent several years at Nokia Corporation, where he last held the role of senior vice president and global head of Developer Experience and Marketplace from 2011 to 2013, with responsibility for Nokia’s developer ecosystem and app store across the company’s entire product portfolio.

Prior to joining Nokia, Marco was a board member and chief executive officer of internet and mobile company Dada S.p.A., as well as a board member, executive vice president of strategy development and chief technology officer of Canadian e-commerce solutions provider Microforum Inc., where he founded Internet Frontier Inc., an internet publisher and e-commerce retailer. He previously founded and sold Dreamware S.r.l., a software development firm, to Microforum Inc.

He currently serves on the Board of Directors of the Seattle Symphony Orchestra and is the lead guitarist in the Seattle-based Alternative Rock band Element47, performing shows to raise awareness and funds towards cancer research. 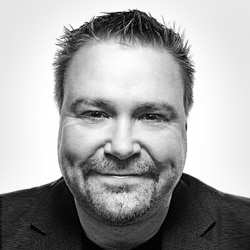 Atte joins the firm from Verizon Media Group, previously known as Oath, where he was chief technology officer since 2017 with responsibility for the IT, security, infrastructure, shared core platforms, big data and machine learning teams. Previously, Atte was a senior fellow and architect at Yahoo! Inc., where he spent four years overseeing both engineering and architecture for Yahoo’s account and identity platform, several location platforms, including Yahoo Geo, and Yahoo’s user record store aggregating user profiles through big data, among other initiatives.

Prior to that, Atte founded and served as chief technology officer of ShopAdvisor, an e-commerce platform providing services for millions of users, from 2011 to 2013. Previously, he held a number of leadership roles at Nokia from 2002 to 2011, including as chief architect of Nokia’s Services Architecture team.

Atte’s prior experiences also include co-founding and serving as chief technology officer of Taika Technologies Ltd, assuming the role of technology manager of Sonera SmartTrust, and spending time as a software engineer at both Tecnomen and the University of Texas at Austin.

Please join us in welcoming Marco and Atte to the firm, and in wishing them both success in their new roles.

The Goldman Sachs Group, Inc. is a leading global investment banking, securities and investment management firm that provides a wide range of financial services to a substantial and diversified client base that includes corporations, financial institutions, governments and individuals. Founded in 1869, the firm is headquartered in New York and maintains offices in all major financial centers around the world.