The following email was sent to all Goldman Sachs people today:

We are pleased to announce that Kathryn H. Ruemmler will join the firm this month as global head of Regulatory Affairs and a member of the Management Committee. In this capacity, Kathy will oversee the management of the firm’s regulatory infrastructure, including Goldman Sachs’ interactions with banking regulators, securities regulators and supervisory authorities globally. Kathy will also be responsible for overseeing the firm’s compliance policies and procedures.

Kathy will join John Rogers as co-chair of the Regulatory Reform Steering Group, and will work closely with him on the firm’s regulatory agenda. She will also join Gwen Libstag as co-vice chair of the Firmwide Reputational Risk Committee.

Michael Richman will become chief compliance officer and report to Kathy in that capacity. Michael has been with the firm for nearly three decades, and brings deep knowledge and invaluable expertise in risk management to his expanded role.  Most recently, he has helped set the strategy and manage the day-to-day operations of Global Compliance. 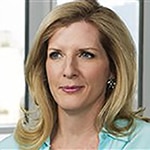 Kathy brings to the firm significant experience in policy development, regulatory and agency enforcement matters, and corporate governance.  She joins Goldman Sachs from Latham & Watkins, LLP, where she served as global chair of the White Collar Defense & Investigations Practice and a partner in the Litigation & Trial Department.

Kathy rejoined Latham & Watkins in 2014 after serving for almost six years in the Administration of US President Barack Obama, first in the Department of Justice and later as counsel to the President.  In that role, she provided counsel on all legal matters related to domestic and foreign policy and national security, and advised on all significant litigation matters, including key cases heard by the United States Supreme Court.  Kathy also managed the administration’s response to congressional and other investigations, and was responsible for the selection and nomination processes of federal judges.

Kathy is a fellow in the American College of Trial Lawyers. She worked for six years as a federal prosecutor, including as an assistant United States attorney in Washington, DC and as deputy director of the Enron Task Force.  Earlier in her career, Kathy served as associate counsel to President Bill Clinton, defending the White House and the Office of the President in independent counsel and congressional investigations.

Kathy began her career as a law clerk to Judge Timothy K. Lewis of the United States Court of Appeals for the Third Circuit. 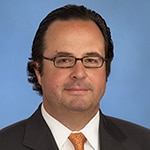 Prior to that, Michael served as co-legal director for the PWM Group in the US, senior counsel to GS.com and general counsel for Goldman Sachs Asset Management’s US Mutual Funds Group.

Michael joined Goldman Sachs in 1992 in the Legal Department.  He was named managing director in 2000 and partner in 2008.


Please join me in welcoming Kathy to the firm, and in congratulating Michael on his expanded role. I wish them both continued success.

The Goldman Sachs Group, Inc. is a leading global investment banking, securities and investment management firm that provides a wide range of financial services to a substantial and diversified client base that includes corporations, financial institutions, governments and individuals.  Founded in 1869, the firm is headquartered in New York and maintains offices in all major financial centers around the world.