In the mid-1920s, Goldman Sachs identifies the promise of the nascent film industry and provides Warner Brothers Pictures with critical strategic advice and access to financing in the film studio's early years.

The beginning of the twentieth century saw the emergence and rapid growth of the motion picture industry. From the time the Lumière brothers projected the first moving pictures to a paying audience in Paris in 1895, great strides were made in the incipient medium. In 1923, in Hollywood, California, Polish immigrant brothers Albert, Sam, Harry and Jack Warner established a film studio they incorporated as Warner Brothers Pictures, Inc.

At the time, Waddill Catchings, a partner at Goldman Sachs, had identified the emerging film industry as an interesting area for pursuing new business opportunities for the firm. After cultivating a relationship with Warner Brothers under Catchings’ leadership, Goldman Sachs provided financing that enabled Harry Warner in 1924 to open two theaters in New York and Hollywood, making Warner Brothers the first Hollywood studio to produce, print and show its pictures. 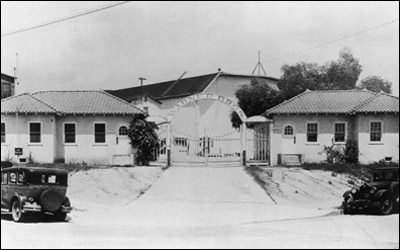 The following year Goldman Sachs brokered the sale of US$4 million three-year 6.5 percent notes for Warner Brothers for the purchase of the Vitagraph Company from Western Union, including its Flatbush studio in Brooklyn, distribution networks, and ten theaters, thereby helping to usher in the era of synchronized sound — the “talkies.” By that time, Goldman Sachs was widely known as the banker of Warner Brothers Pictures. Catchings sat on the studio’s board of directors and served as chairman of its finance committee.

The Warner Brothers relationship was an example at one point in history of how Goldman Sachs sought out entrepreneurial companies in emerging industries to which it could provide advice and capital to help them grow and flourish — a strategy it would continue to pursue for the near-century to follow.