In 1981, Goldman Sachs acquires a client, J. Aron & Company, in a strategic move to extend the firm’s international presence in the commodity and foreign exchange markets.

J. Aron & Company was a small, family-owned commodities trading company established in 1898 by Jacob Aron. From its roots as a New Orleans-based coffee trading outfit, J. Aron expanded into other agricultural commodities and, in the 1960s, precious metals. Goldman Sachs served as the company’s investment banker and acted as one of its futures brokers. In 1981, when the J. Aron partners decided they had grown their firm as much as they could as a small, independent concern, they asked Goldman Sachs to find them a buyer.

After presenting at least one offer that J. Aron rejected and recognizing that the company treasured its secretive, privately held status, Goldman Sachs’ senior management proposed what they thought would be a more palatable buyer, and a better fit for J. Aron: itself. After a long stagnation in the securities market, Goldman Sachs saw an opportunity to expand trading in coffee, grains, silver and gold, and to deepen its international presence through those markets. The offer was accepted, and in 1981, Goldman Sachs acquired J. Aron & Company for an undisclosed amount. By 1986, the value of the acquisition was estimated at US$130 million. 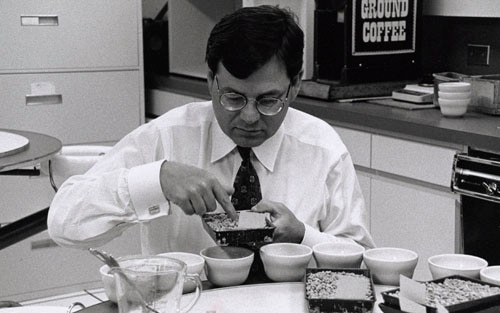 In the years leading up to the transaction, inflation in the developed world, rising oil prices, and events such as the Iran hostage crisis had fueled the prices of “safe haven” assets like gold and commodities. Yet, by the time of the J. Aron acquisition and in the years immediately following it, these pressures eased up and commodities markets deteriorated. Goldman Sachs’ investment in J. Aron was a long-term, strategic one, however—one that would not only expand Goldman Sachs’ commodities business (it had opened a futures brokerage department in 1978) but also significantly strengthen its foreign exchange capabilities.

Despite the early-days challenges of integration and navigating a soft commodities market, the J. Aron acquisition would prove to be a powerful strategic decision for Goldman Sachs: in the years and decades that followed, the talent, technical expertise and trading capabilities of J. Aron (which became part of the Fixed Income, Currency and Commodities division in 1997) reinforced Goldman Sachs’ position as a leading provider of truly integrated financial and risk management solutions to its clients around the globe.