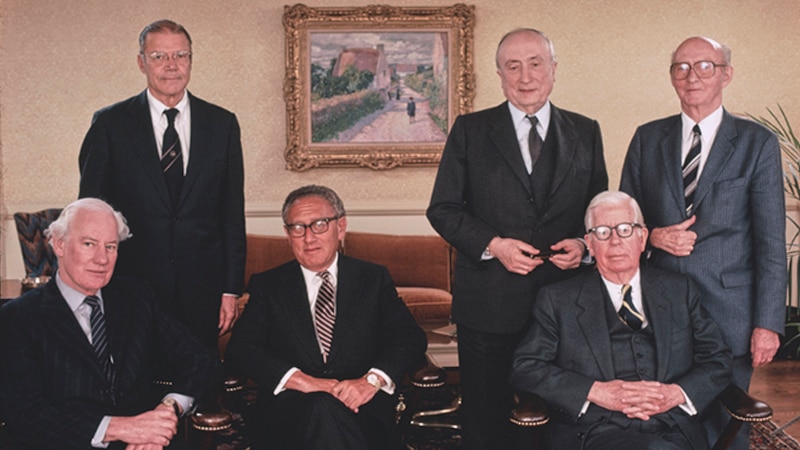 In 1982, Goldman Sachs establishes a board of international advisors with wide ranging experience in government, diplomacy and multinational business.

In 1982, Goldman Sachs formed its International Advisory Board to assist the firm in monitoring political and economic developments worldwide. The first chairperson of the board was Henry “Joe” Fowler, former US Secretary of the Treasury under President Lyndon B. Johnson and a limited partner of the firm.

Senior partners John L. Weinberg and John C. Whitehead observed that this new board would “contribute greatly to the further development of [the] firm’s international activities” and "broaden the scope of services and advice on international matters which we are able to offer to our clients.”

The firm maintains a global network of international advisors, providing market and industry insights both to the firm and its expansive client base.