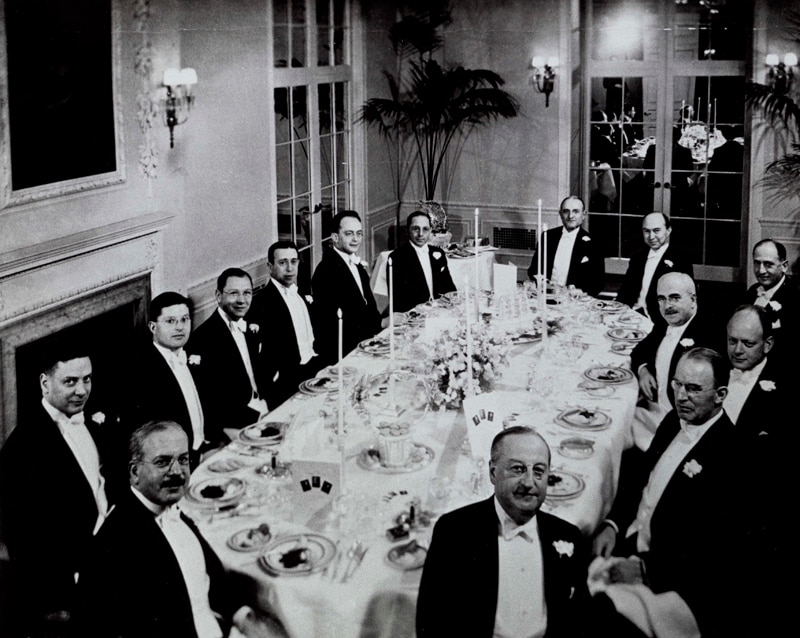 June 6, 1944 signaled the arrival of D-Day, the Allied invasion of Normandy, France, in what would be the largest amphibious invasion in history. That same year, the Bretton Woods Conference was convened to address the reorganization of the international financial and monetary system, leading to the establishment of the International Monetary Fund (IMF) and the International Bank for Reconstruction and Development (soon called the World Bank). In Washington, DC, the Dumbarton Oaks Conference resulted in a proposal for an international organization that eventually became the United Nations. And on November 7, US President Franklin D. Roosevelt was elected to an unprecedented fourth term.

Amidst this sea change of world events, Goldman Sachs continued to expand its focus, services and client base as it marked 75 years in business. True to its roots, the firm remained a leader in commercial paper in the United States in 1944. As the economy moved further into the post-Depression era, the scope of the firm’s services was expanding. A press release on the occasion of the firm’s 75th anniversary noted the “new” areas of focus:

More recently, with the revival of the securities business following the depression the firm has extended its activities to participation in the underwriting of security issues in the railroad and public utility fields. At the same time it has retained and developed its primary interest in industrial financing, having managed many security issues, both stocks and bonds, for such enterprises as The Champion Paper and Fibre Company; Continental Can Company, Inc.; Endicott Johnson Corporation; General Foods Corporation; The B. F. Goodrich Company; The Hecht Company; McKesson & Robbins, Inc.; Merck & Co., Inc.; National Dairy Products Corporation; Pillsbury Mills, Inc.; Sears, Roebuck and Co. and Walgreen Co. It has also been one of the leaders in the recently-developed business of placing privately with institutional investors large blocks of industrial debentures and preferred stock.

In 1944, Goldman Sachs was led by 11 general partners; nine located in New York and two in Chicago. The firm had also established offices in Boston, Philadelphia and St. Louis.