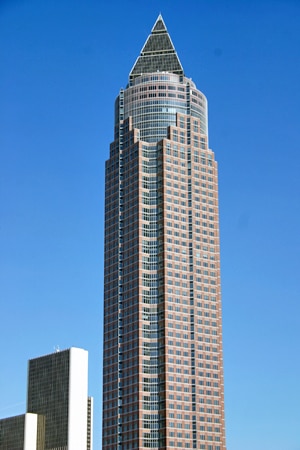 In November 1990, Goldman Sachs demonstrated its commitment to Germany by establishing a presence in Frankfurt with its fifth European office, in the iconic MesseTurm (“Trade Fair Tower”). The decision reflected the firm’s increasingly global profile and the strategic importance of Germany, which was the world’s third-largest economy and had the second-leading global reserve currency, the Deutschmark.

Moreover, the German industrial and financial markets were undergoing dramatic change in anticipation of the single European Market and the unification efforts of Germany. During this time, Goldman Sachs served as the leading advisor to the Treuhandanstalt, the agency established to privatize East Germany’s state-owned enterprises.

In 1991, Goldman Sachs obtained a German banking license and became a member of the Frankfurt Stock Exchange and the German Futures and Options Exchange, enabling the firm to offer a full range of services to its German clients. Throughout the European process of convergence towards the Single Market, Goldman Sachs provided strategic advice to German firms related to domestic, cross-border and global transactions.

In 1993, the firm was selected as a co-lead advisor to Daimler-Benz on the first-ever listing of a German company’s shares on the New York Stock Exchange (NYSE). In 1994, Goldman Sachs advised Deutsche Telekom AG in a joint investment with France Télécom to form the Global One Alliance with Sprint America and was selected in 1996 to serve as joint global coordinator and US book running manager on Deutsche Telekom’s DM20 billion (US$13 billion) privatization, the largest ever.

Goldman Sachs would become one of the leading international investment banks in Germany, offering a broad range of investment banking, securities and investment management services to corporates, financial institutions and the German government. This would include holding a German banking license and and serving as a member of the German banking association (Bundesverband deutscher Banken). In addition, Goldman Sachs would become a member of the Frankfurt and the Stuttgart Stock Exchanges, the European Energy Exchange in Leipzig and the German Federal Bond Consortium (Bundesanleihe-Konsortium).

In 2017, Goldman Sachs established its main continental European entity, Goldman Sachs Bank Europe SE, in Frankfurt, to serve a broader range of clients across Europe. In September 2019, Goldman Sachs’ Frankfurt office, with a team of almost 300 employees, relocated to the Marienturm building at Taunusanlage in the Bankenviertel, the central business district of the city, from where the firm would serve clients across the German-speaking region and beyond.